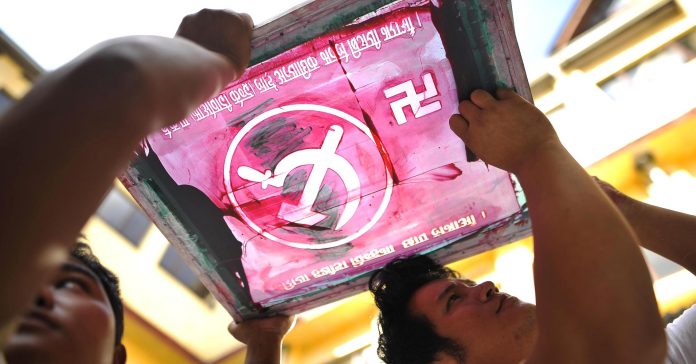 With the Nepal-India relationship taking a downward tilt in recent years, Beijing sees an opportunity.

A near five-month blockade at the India-Nepal border in 2015, which resulted in severe shortages of food, medicine and fuel, “gave the government an incentive to diversify its relations through closer ties with China,” Stratfor explained. “In addition, the blockade caused many of the ruling elite in Kathmandu to cast a suspicious eye toward India, believing that the government in New Delhi tacitly supported the blockade.”

It was during the blockade “that Oli emerged as a vocal critic of New Delhi’s policy toward Nepal, even as he made his intention of taking his country closer to China clear,” said Pant, who noted that Oli also worked to gain China’s support for providing internet access and alternative trade routes during the incident.

“While Oli may look like a difficult proposition for India, New Delhi should also be aware that all governments in Nepal have tried to play the China card vis-à-vis India,” Pant said. “Oli will not be unique in that respect, nor will he be the last.”