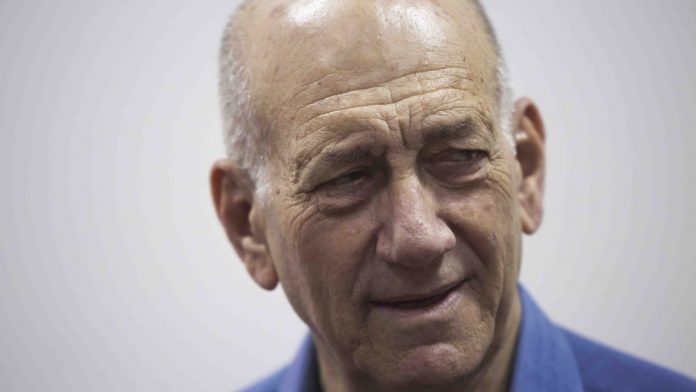 The parole board of Israel’s Prison Service on Thursday granted former Prime Minister Ehud Olmert early release from his 27-month corruption sentence, in perhaps the final chapter of a stunning fall from grace that forced him from office amid the last serious round of peace talks with the Palestinians.

Israel’s Justice Ministry had objected to Olmert’s early release after asking police last week to investigate whether he committed a “criminal offense” when his lawyer was caught leaving the prison with a chapter of his unpublished book that contained “sensitive security issues.”

But the prison service decided otherwise and ordered that the 71-year-old Olmert, who was recently rushed to the hospital after complaining of chest pains, be released.

Olmert was convicted in 2014, in a wide-ranging case that accused him of accepting bribes to promote a real-estate project years before he became premier in 2006.

Olmert was a longtime fixture in Israel’s hawkish right wing when he began taking a dramatically more conciliatory line toward the Palestinians more than a decade ago.

He played a leading role in Israel’s withdrawal from the Gaza Strip in 2005 and became prime minister in January 2006 after then-Prime Minister Ariel Sharon suffered a debilitating stroke.

“It’s the end of an era. Olmert was definitely an active prime minister who really left a mark on Israeli politics,” said Abraham Diskin, a political science professor at the Hebrew University in Jerusalem, who predicted that Olmert’s voice would still be heard. “He will leave an impact on contemporary Israeli politics, but he will not be active as a full-time politician.”