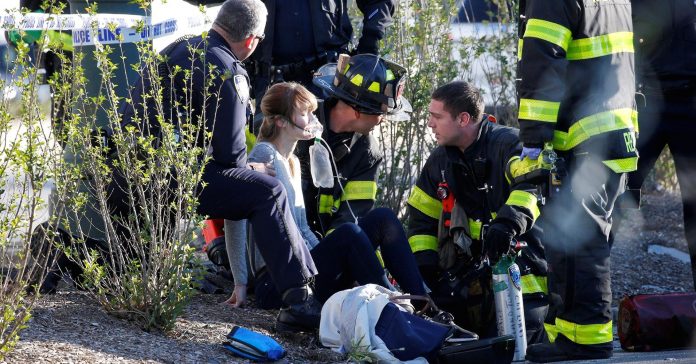 Even if the ISIS threat ultimately recedes, Al Qaeda is very capable of filling that void in terms of a major terrorist threat, warned Richards at the University of East London. “We shouldn’t just be looking at ISIS. Al Qaeda, for example, is still very much in existence and could change its focus back to attacks on the West.”

In recent months, Osama bin Laden’s son Hamza has released a series of messages upping his calls for attacks on Westerners and Western interests, particularly following Trump’s naming of Jerusalem as Israel’s capital. The organization is likely to use the younger Bin Laden to spearhead a comeback as it sees opportunity in ISIS’s military defeats.

“There can be no misunderstanding or complacency,” Ahmed urged. “Al Qaeda remains active and ideologically engaged in activities against the West. An over-concentration on ISIS, rather than jihadi terrorism as a whole, risks creating blind spots for the group to exploit.”

MI5, the U.K.’s domestic counterintelligence agency, revealed in October that it was overseeing 500 live operations and had 20,000 people on its counterterrorism radar. Between January and October 2017, seven terror plots in the U.K. had been foiled.

The numbers paint a sobering picture for the year ahead, despite military victories in the Middle East, as governments grapple with how to tackle the evolving terror threat.

“This is a generational struggle,” Ahmed explained, “And the simplicity of their approach, combined with their ability to still inspire, has the power to outlive the end of their physical caliphate.”