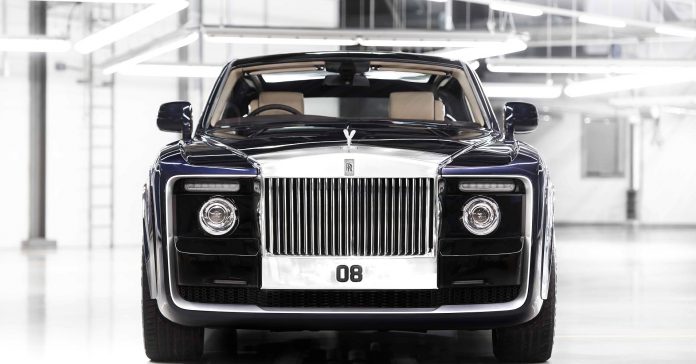 Rolls-Royce unveiled what could be the most expensive new car ever sold. But even if you can afford the multimillion-dollar price tag, don’t bother — there is only one, and it’s off the market.

Rolls said the car, revealed Saturday, was tailor-made for one of its top customers. The company won’t confirm the price, but CEO Torsten Müller-Ötvös said it is “substantially expensive” and that it is “probably the most expensive new car ever.”

The Telegraph in London said the car cost around £10 million, or $12.9 million. (Müller-Ötvös called the report speculation.)

There is constant debate about the most expensive new car ever sold, because there are so many one-off custom cars created with undisclosed prices. However, the Koenigsegg CCXR, at $4.8 million, and the Lamborghini Veneno Roadster, at $4.5 million, would be at or near the top. Classic cars and collector cars sold at auction sell for much more, with the top lots exceeding $30 million.