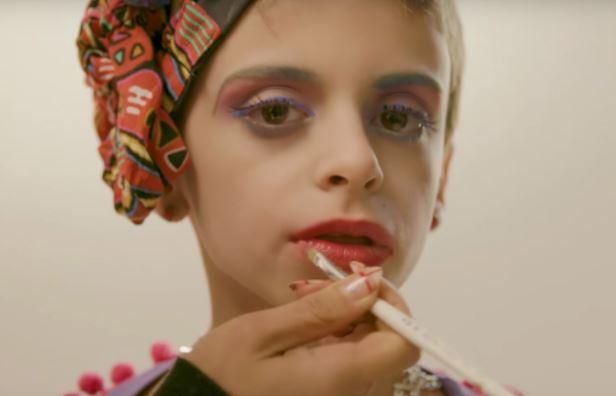 This year’s star attraction at the New York City Pride event to be held in June is not a celebrity or a politician who’s outspoken about LBGT rights — it’s a 10 year-old boy dressed in drag.

Desmond Napoles of Brooklyn is featured in a :30 promotional video for the event. In the video released late last month, Naoples is dressed as a woman.  Lipstick is being applied to the young boy’s lips by an off camera makeup artist.  The boy also wears make up.

“I identify as an androgynous drag kid,” he says in the video. “I am different because I am very young and doing drag at a very young age.”

For those who disagree with the gay lifestyle, Napoles says they are “haters.” He advises other children not to pay attention to their parents and threaten to run away “if your parents say, ‘Oh, gay is bad or it’s a sin.'”

Gay writer/blogger Chad Felix Greene has warned homosexuals they are sexualizing children by dressing them in drag. It’s something Greene calls “abuse.”

“The boy is emulating an adult woman being sexually provocative,” Greene said. He calls what homosexual activists are doing to Desmond “exploitation” that “steal(s) the child’s innocence and impose(s) an adult identity onto him, all to validate their own insecurities.”

“What we must do is call out the dangers of sexualizing children too early, making them vulnerable to people who do wish to exploit and abuse them,” Greene said.

Organizers of the New York Pride event have announced this year’s theme will be “Defiantly Different.”  The theme, officials explain, “takes an unflinching stance” against President Donald Trump’s “substandard position” on homosexuality.

The City of New York is actively promoting the event again this year.