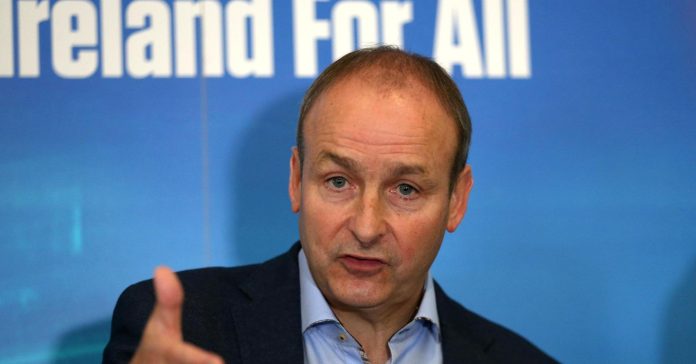 Asked if he had trust in Varadkar after their days of talks, Martin replied: “I think actually in the midst of the crisis, through our discussions, we reached better understandings. But there is no doubt that emotions in both parties are bruised.

“But, that said, I think we are clear in terms of the immediate challenge ahead in both domestic issues and in terms of Brexit. And I think we both learned a lot from this particular episode, and that is the key.”

On whether he stood with the prime minister’s perceived hardline approach to Brexit talks and the border question, he said emphatically: “Oh we will of course. The Irish Parliament is at one on this absolutely at one on this. This is an important moment for us.”

Martin cited economic concerns when it came to the threat to the customs union, which has for decades allowed tariff-free and seamless trade between the U.K. and Ireland.

“It will mean costs, because we’re at the border, on our industries as well, and on our small and medium-sized enterprises (SMEs). So, we’re very very worried about it, to be honest.”