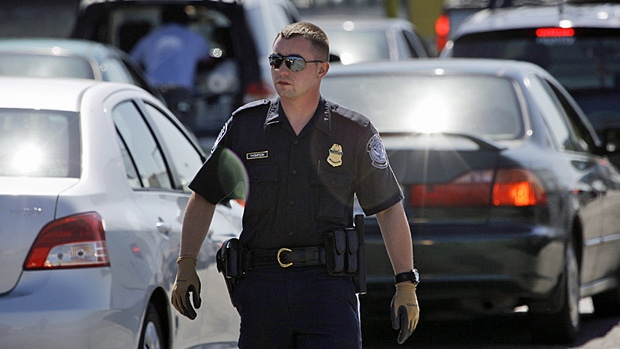 The U.S.-Canadian border is rapidly becoming a bone of contention in Britain’s gruelling Brexit debate — and a point of friction between Britain and Ireland.

British PM Theresa May made it official this week when she told the House of Commons that the U.K. is looking to the world’s longest undefended border as a possible model for the border between the 26 counties of southern Ireland and the six counties of the north.

“There are many examples of different arrangements for customs around the rest of the world,” said May, “and indeed we are looking at those, including, for example, the border between the U.S. and Canada.”

“There are guns and armed customs guards on that border,” she said.

“Surely that is not what she has in mind?”

A U.S. Customs and Border Protection officer walks through a line of cars at a crossing from Canada near Blaine, Wash. on July 21, 2009. (Elaine Thompson/Associated Press)

But it appears that the British government is indeed intent on pitching the U.S.-Canadian model — even though the government of Ireland has signalled already that the idea is dead on arrival.

The border across Ireland first appeared in 1921 as a result of the British-Irish treaty that partitioned the island and ended the Irish War of Independence. It ran across farms and villages and, following the outbreak of hostilities in the North in 1969, was reinforced with British Army watchtowers and bomb- and mortar-proof inspection facilities.

All of that infrastructure was removed as a result of the 1998 Good Friday Agreement that saw the Provisional IRA disarm in exchange for a new power-sharing accord that was supposed to break down some of the barriers between south and north, including the physical barrier at the border. 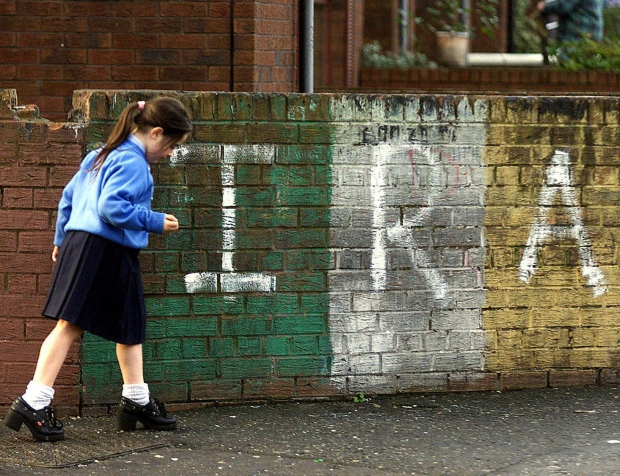 A schoolgirl walks past graffiti in the Republican area of Newlodge in North Belfast, Northern Ireland, on Wednesday Nov.17, 1999 – the day the IRA issued a statement supporting the Good Friday peace agreement and giving its full backing to Sinn Fein. (Peter Morrison/Associated Press)

Today, the border is all but invisible, marked only by road signs. Because both the U.K. and the Republic of Ireland were part of the same European common market, there was no need for customs controls.

Brexit has thrown that arrangement into disarray. It is now almost inevitable that one side of the border — the southern side — will be in the European Union, while the other side will not.

Attempts to avoid the situation by suggesting that Northern Ireland might remain inside the EU customs union — which would put the jurisdictional boundary in the Irish Sea — have been flatly rejected by the hardline Democratic Unionist Party that holds the balance of power in Theresa May’s coalition government.

Meanwhile, the Republic of Ireland government of Leo Varadkar, strongly backed by EU Council President Donald Tusk, has insisted that the land border must remain “frictionless,” with no checkpoints or controls.

And as part of the manoeuvring, a growing number of Irish and British politicians have been showing up at the Windsor-Detroit crossing, including Taoiseach (PM) Varadkar himself.

It was the U.K.’s Brexit minister David Davies who first officially floated the idea of Canada’s border as a model for Ireland after a visit in October.

“I went to the Canadian/American border at Windsor/Detroit,” Davies told the U.K. Commons Committee for Exiting the European Union. “I went there because I knew it from running business across it myself.”

“Their clearance time is 54 seconds on an average truck, but they also use a whole series of systems clearing things before they get to port and authorized economic operators. These things become very important in Northern Ireland as well.

“I watched as drivers went through and had to hand over their ID cards, so they knew that they had never been involved in smuggling. Even in the most difficult environment, it worked very well.”

But Varadkar had already been there before him in August. The Irish government had heard rumblings about the idea and was determined to shut it down before it got started. 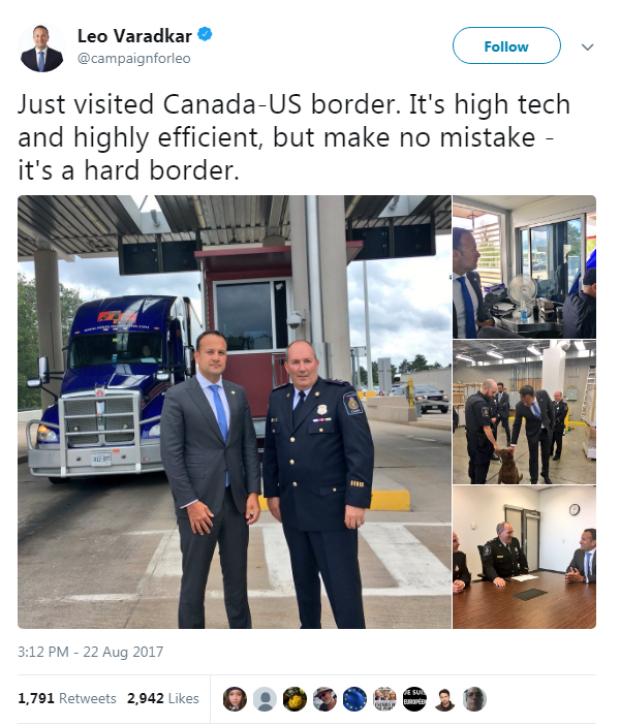 This week, after the British PM again referred to the U.S.-Canada border as a possible model, Varadkar reminded reporters of his August visit.

“I saw an armoured border with physical infrastructure, customs posts and people in uniform with arms and dogs,” he said, adding it was “definitely not a solution.”

Not getting the hint

The British government has continued to pursue the idea, though. Last month, the Commons Committee on International Trade became the latest delegation to visit the border.

Pro-Brexit government MP Marcus Fysh was part of the delegation that toured both the Ambassador Bridge and the Detroit-Windsor Tunnel.

He told CBC News that the British government is interested in how the U.S. and Canada handle commercial traffic through electronic solutions such as the Free and Secure Trade (FAST) program.

“It obviously is a hard border. It has gates, it has lots of processes that occur at it, many of which are immigration-based,” said Fish, adding that the U.K. government believes it could dispense with immigration controls as it hopes to maintain a Common Travel Area with the Republic.

“We’re more trying to see on the trade front what might be done given the fact that we’ve got two countries with different regulatory systems and different customs territories.”

Fysh mentioned the possibility of inspecting commercial traffic at another location, away from the border itself. “It could end up being quite different from how the border looks and feels in the U.S. and Canada.”

Border could be ‘fair game’

Irish officials north and south have warned that any border that has buildings, lanes and barriers would be unacceptable to large constituencies on both sides.

Northern Ireland’s top police officer recently warned that any physical infrastructure at the border likely would be seen as “fair game” by dissident republican groups in Ireland, and that his officers’ lives would be put in danger if they were tasked with protecting it.

CBC News asked the British High Commission if the Irish government’s rejection of the U.S.-Canadian model has put the idea to rest. 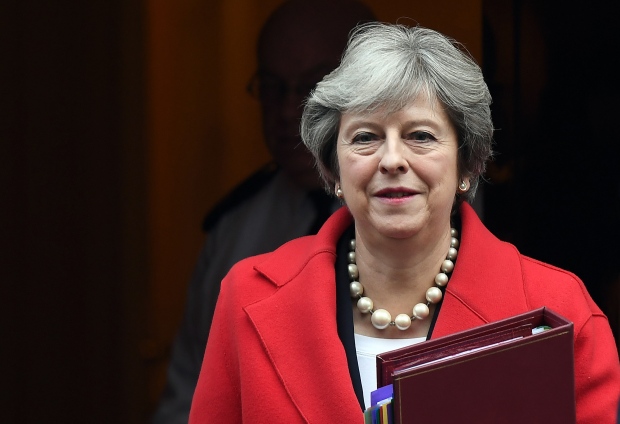 U.K. Prime Minister Theresa May has said the Canada-U.S. border is one model her government is looking at applying to the post-Brexit border with southern Ireland. (Andy Rain/EPA-EFE)

The High Commission’s Trevor Kerr told CBC: “We would refer to what PM May said in the Commons earlier this week: There are many examples of different arrangements for customs around the rest of the world. Indeed, we are looking at those — including, for example, the border between the United States and Canada.”

The Irish government continues to insist that the Windsor-Detroit crossing — including its expedited passholders’ lanes — is a non-starter as a model for Ireland, and the British shouldn’t waste time bringing it up.

“I was with the Taoiseach when he went to the border,” Michael Hurley, Ireland’s deputy head of mission in Canada, told CBC. “The U.S.-Canadian border is a hard border, and not one we want to emulate.

“This is not a proposal we are going to entertain.”