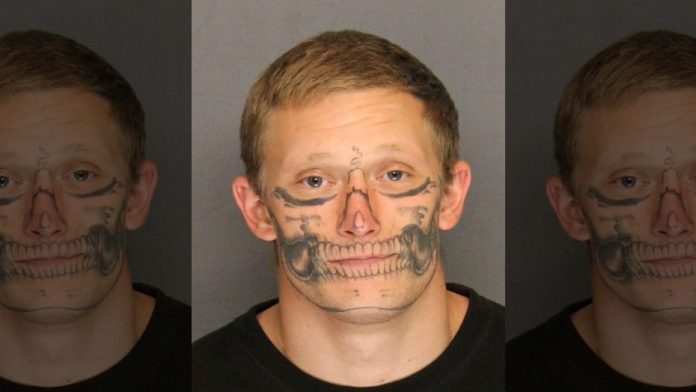 California authorities launched a dragnet Monday for an inmate with a distinctive skull-face tattoo who vanished from a work crew.

Corey Hughes, 27, was reported missing about 1:30 p.m. Monday and was last seen on Interstate 5, the San Joaquin County Sheriff’s office said. His mugshot showed he had a skull tattoo on his face.

Hughes was serving a sentence for a weapons charge and was being housed in the Honor Farm. He was expected to be released next February.

The Honor Farm, located south of Stockton, is a minimum-security facility that houses pretrial or sentence inmates that are usually low-risk and classified as non-violent, KCBS reported.