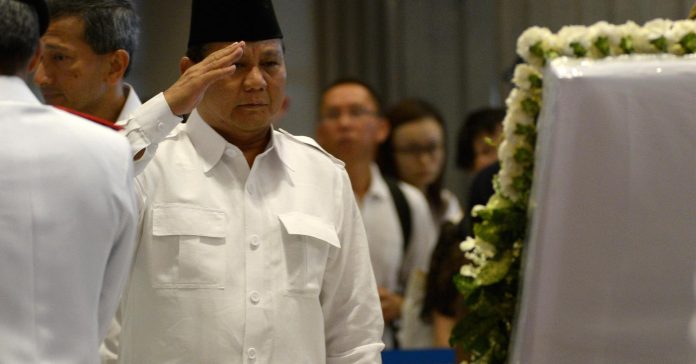 Some Malaysian and Indonesian candidates running in upcoming elections are looking to capitalize on that attitude as they seek new allies to boost their chances of success.

“Political Islam is on an upward swing in both countries, and can be expected to mobilize and deliver voters,” said Anthony Nelson, director at consultancy Albright Stonebridge Group’s East Asia and Pacific practice.

“Prabowo was defeated by Jokowi in 2014, so he has begun to lay the groundwork for expanding his coalition by reaching out to Islamist groups,” Nelson explained.

Subianto has not yet officially declared his candidacy, but has reportedly allied with the FDI. The group led 2016 Jakarta protests against Christian politician Basuki Tjahaja Purnama.

Subianto, who fronts the Gerindra party, is trying to portray himself as more receptive to less affluent Muslims and take advantage of Jokowi’s perceived lack of religious credentials, said Vedi Hadiz, professor of Asian Studies at the University of Melbourne.

“While Indonesia is predominantly Muslim, there is a narrative that suggests ethnic Chinese and Christians have disproportionately benefited economically from state favor since colonial times,” he explained.

Representatives at Gerindra did not respond to CNBC’s request for comment.