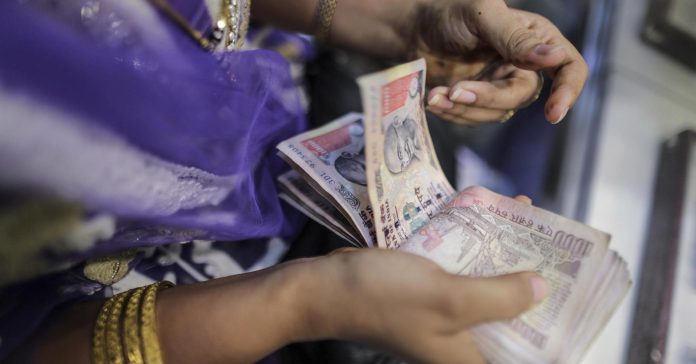 India’s gross domestic product (GDP) for the calendar first quarter, due later Wednesday, will offer one of the first clear readings on whether demonetization ended without a hangover.

Analysts forecast GDP growth of 7.1 percent on-year for the January-to-March quarter, according to a Reuters poll, compared with 7.0 percent in the fourth quarter..

The demonetization program, which started in November, removed 86 percent of India’s currency in circulation by recalling existing 500 ($7.47) and 1,000 ($14.93) rupee notes and later gradually replacing them with newly printed 500 and 2,000 rupee notes.

With much of India’s economic activity still cash-based, that had a chilling effect on business.

In a note on Wednesday, Mizuho said it expected only a mild tick upward in GDP growth, to 7.2 percent.

“As we had observed with the fourth-quarter release, the GDP data appeared to have understated the impact of de-monetization to begin with, given that consumption and investment growth had both accelerated rather than decelerated,” Mizuho said.

“As a corollary, re-monetization impact will also be more subdued given a firmer-than-expected base from the fourth quarter as well as lingering de-monetization in early first quarter,” Mizuho said.