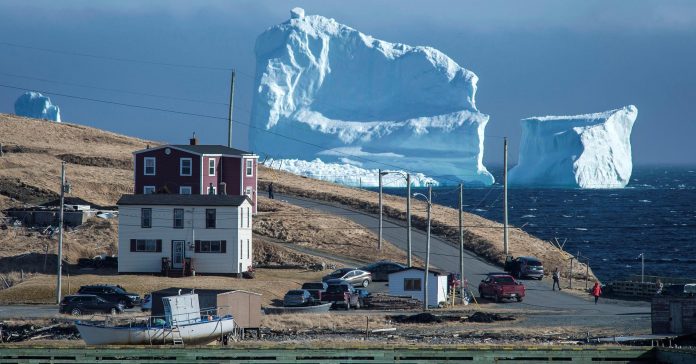 The role of Vanguard as a shareholder across all of the market’s major companies has been brought into greater focus as index funds take in almost all of investor flows: Vanguard took in more than $300 billion last year, while the rest of the mutual fund industry combined had negative flows.

And Vanguard has been feeling a little pressure from an influential source — its founder Jack Bogle. At the recent Morningstar conference, Bogle was asked about the company’s responsibility with ESG (environmental, social and governance) decisions as one of the world’s largest shareholders. Bogle said, “I have felt for long time people laughed at first and they are not laughing anymore. Index funds and managers are the key to strong corporate governance.”

Bogle said index funds specifically lack the option active managers can take — to walk away from a stock where they disagree with management. “The index manager can’t sell the stock, what can he do? Improve the management,” Bogle said. “Index funds, including Vanguard, right now are asking for a lot more information,” the Vanguard founder said.

Jon Hale, director of sustainability research at Morningstar Research Services, said, “It is your only recourse when you have the amount of assets they do. It’s a risk to their portfolios. … It is a big thing to make sure companies forced to own these stocks, because they own the market, are assessing climate risk.” He added that BlackRock and SSGA have historically been much more at the forefront of engaging management, relative to Vanguard.

“Vanguard historically has not supported climate change,” said Mary Beth Gallagher of the Tri-State Coalition for Responsible Investment in an interview with CNBC before the Exxon Mobil vote.

In 2016, Vanguard voted with Exxon Mobil management and against a similar climate change measure.

“Vanguard has started to come around to the point of view … of the two other largest passive managers who have explicitly said things about emphasizing corporate engagement efforts,” Hale said. “It’s getting to be a bit of a sea change; there was very little attention paid to the way mutual funds vote proxies, and the whole greater interest in ESG is potentially changing that,” Hale said. “As they own increasingly large amounts of these companies, as shareholders it is their duty.”

The Morningstar SRI expert said Vanguard may have a more difficult time with this issue than BlackRock and SSGA because it is more U.S.-centric across its investors than global, and represents the largest percentage of buy-and-hold individual investors. “One concern for Vanguard is that the U.S. is the only place in the world where investors are climate change deniers. So it is a tough issue for them to navigate; they can alienate investors, too, by making a big deal,” he said.

Bogle gave a more simple and economic reason for moving with caution as a social activist, telling attendees at the Morningstar conference, “Companies have to be able to make a profit.”

In its last update on its role as a shareholder in proxy votes in June 2016, Vanguard reported that energy companies represented 11 percent of its engagement efforts, ranking fifth behind consumer stocks, financials, health care and technology-sector stocks. It also noted that the lowest percent of its engagement efforts occur with companies above $50 billion in market capitalization. Exxon Mobil’s market cap is $339 billion.

But the index giant did offer an example of what it called “deepening discussions on climate change risks,” citing engagement with a large oil and gas company to discuss shareholder proposals on environmental issues to understand how the company assesses and manages some of its greatest risks, particularly those related to climate change.

“After analyzing the issues underlying the proposal, we have encouraged company management to make specific improvements in how it assesses the severity of these risks, communicates to shareholders about the risks, and works with key stakeholder groups to improve its practices,” Vanguard said last June.

Welsh at the Sustainable Investments Institute said after the Exxon Mobil vote she couldn’t independently confirm Vanguard’s decision, but she noted that last week there also were two votes on board diversity that were 80 percent-plus.

According to Reuters, the Exxon Mobil climate change reporting requirement received support from 62.3 percent of shareholders, up from 38 percent last year.

“Votes like that don’t happen without the big mutual funds, which clearly have signaled they want action on both climate change disclosure that they see as a material risk as well as board diversity. This is pushback against the idea that shareholder resolutions only raise frivolous issues that investors don’t care about.”

Watch: Vanguard CEO on the issue of cost