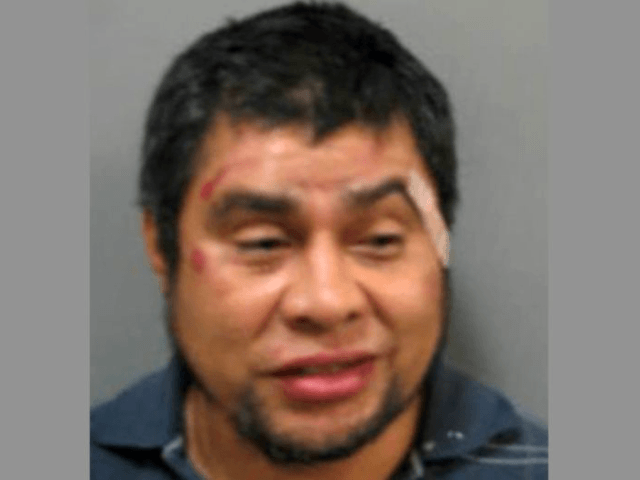 An illegal alien allegedly stabbed a man with a box cutter after the man told the foreign national not to urinate in public at a bus stop in the sanctuary jurisdiction of Montgomery County, Maryland.

Salvador Gomez-Lopez, a 46-year-old illegal alien from El Salvador, was allegedly drunk when he was allegedly urinating at a bus stop in front of bystanders in Wheaton, Maryland, according to WJLA. That’s when the victim and an eyewitness said the victim approached Gomez-Lopez to ask him to pull up his pants and stop urinating in public.

After being told this, Gomez-Lopez allegedly reached into his bookbag, grabbed a sharp box cutter and began attacking the victim, leaving him with three deep lacerations in his neck, as well as wounds on his stomach and face.

NEW: Undocumented immigrant urinating in public used a box cutter to repeatedly stab a man who’d merely suggested he pull up his trousers and use a proper restroom, police say.

Per @ICEgov, 46yo suspect is El Salvadoran national. pic.twitter.com/7owFfSeRyk

Now, the illegal alien is facing up to 38 years for assault charges as his trial for the alleged stabbing begins in April.

The Immigration and Customs Enforcement (ICE) agency confirmed to local media that Gomez-Lopez is an illegal alien and they have issued an immigration detainer against him. Due to Montgomery County’s sanctuary policies, Gomez-Lopez could be released back into the public without ICE’s knowledge.