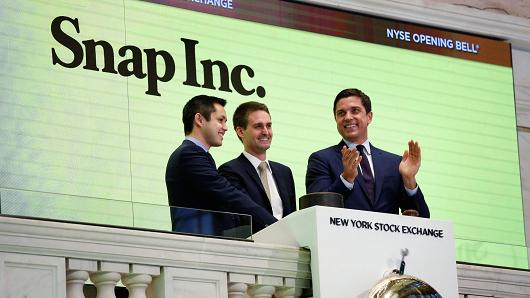 Snap’s downloads have remained strong, according to one estimate, despite backlash about the app’s redesign.

Snapchat is maintaining strong download levels and has not suffered any meaningful decline, according to third-party data firm App Annie. The social media platform remains in the top ten overall apps by downloads on the Apple App Store and Google Play in the U.S. It also ranks in the top five photo and video apps for iPhone, App Annie said.

Snap released a new interface over the past few months with the goal of making the app easier to use, as it aims to attract a wider swath of users. The new design condenses interactions with friends onto one screen, and content from celebrities and brands on another.

But while Snap was hoping to improve the user experience, the initial reaction to the redesign appeared to be overwhelmingly negative. A separate report indicated that negative commenters on social media platforms were increasingly discussing a switch to Snapchat-rival, Instagram. One negative comment from reality TV star Kylie Jenner may have contributed to a one-day drop of 7 percent in the company’s share price.

App Annie’s data shows that Snap is indeed attracting users in spite of the critics. Snap CEO Evan Spiegel implied as much earlier this month, saying at a conference that the recent complaints “reinforce” Snap’s new philosophy.

Snap did not immediately respond for comment on the App Annie data.

Disclosure: CNBC parent NBCUniversal is an investor in Snap.