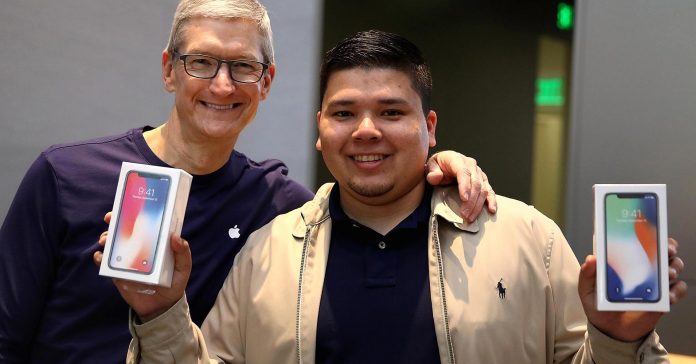 Some experts are now feeling bearish about Apple, too. While shares rose more than 50 percent this year, placing the stock on track for its best annual performance since 2010, some worry the stock has run too far too fast, and they have doubts about that trend continuing.

Gradient Investments senior portfolio manager Mike Binger said, in a segment on CNBC’s “Power Lunch” earlier this month, “It’s a great company, [but a] tough time to step into the stock today.”

He points out Apple’s earnings have reflected growth for this year and 2018, but he also said he believes they will “stall out” in the fiscal year 2019.

Other experts, though, including Jim Cramer, host of CNBC’s “Mad Money,” see things differently. Shortly after Apple’s iPhone 8 release and iPhone X announcement, he predicted Apple’s stock could go on “one of the great runs of all time.” Cramer’s charitable trust owns Apple shares.