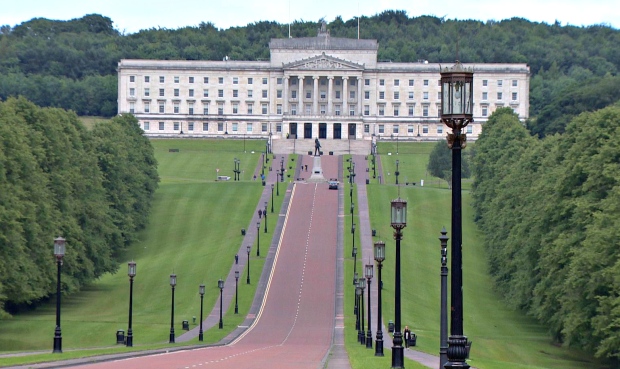 Seventeen-year-olds AJ McMinn and Rachel Madden went to primary schools in Belfast just across the street from each other. One Protestant. One Catholic. Back then, they wouldn’t even have crossed the road to speak to each other.

Today, they’re the best of friends, having managed to bridge what is still a vast sectarian divide in Northern Ireland with the help of a program called PeacePlayers International, which seeks to bring kids from both communities together to play basketball.

“I’m a Protestant and she’s a Catholic, and that’s, like, completely opened our eyes to how the other side isn’t bad from what we were told growing as kids really,” says McMinn after helping to coach a new batch of recruits to the program.

But that still doesn’t mean they can easily mix in each other’s worlds.

“It’s still the same now. Like if I was to walk around in my school uniform in a Protestant area it wouldn’t end well,” says Madden with a slight laugh.

She also worries that even the small gains she’s experienced might not last, given the current political climate in Northern Ireland.

“It’s a little bit scary, because you don’t know if it’s going to revert back to the way it used to be with the troubles and stuff with the politics, which is happening now. And like having to lose any of my friends from the Protestant community.”

Northern Ireland has been in crisis since its power-sharing legislative assembly collapsed last January. Sinn Fein, a Republican party, pulled the plug when the leader of the Democratic Unionist Party (DUP), Arlene Foster, refused to agree to Sinn Fein demands that she step down while an inquiry was held into a botched green energy scheme.

It triggered a March election in which Sinn Fein made gains to within one seat of the DUP which lost 10 seats in the regional parliament. And then there was the British election June 8, when the Conservative government was reduced to a minority dependent on the DUP for survival. 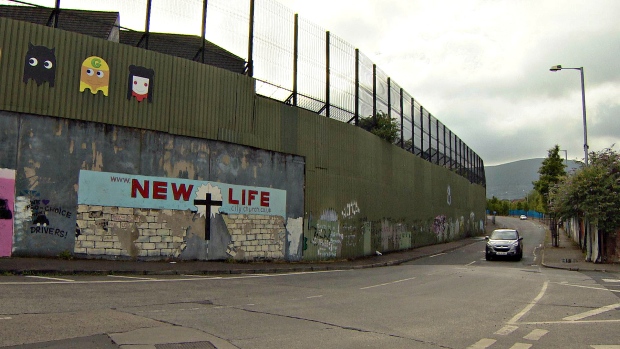 One of Belfast’s ‘peace walls’, which divides the Catholic Falls Road from the Protestant Shankill Road. The walls were erected in the late 1960s and were intended as a temporary measure against violence but many remain to this day. (Richard Devey/CBC News)

If the Northern Ireland assembly’s five parties — and in particular the main players Sinn Fein and the DUP — can’t agree in down-to-the-wire talks today, Northern Ireland’s administration could be returned to rule by Westminster.

“Northern Ireland would no longer be woven into the devolutionary pantheon of the rest of the United Kingdom,” says Graham Walker, a political historian at Queen’s University Belfast.

“And I think the losses of voice, if you like, in terms of a Northern Ireland executive voice, at the intergovernmental context of the U.K., would be damaging.”

Some analysts say the British government would be extremely loath to go that route and will find a middle way between calling new elections (for the second time this year) and returning to rule from Westminster.

“We have a history in the north of Ireland of having deadlines that are broken,” said nationalist commentator Chris Donnelly. “Our talks processes are famously protracted and go on for lengthy periods of time.” 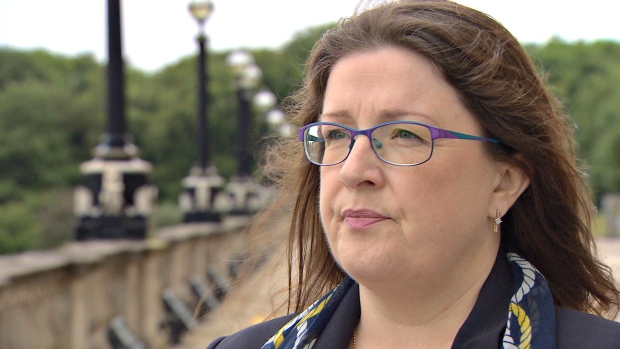 Kellie Armstrong, a legislator for the cross-community Alliance Party, calls Brexit ‘the single most devastating impact to Northern Ireland.’ Northern Ireland voted to remain in the EU Referendum by a majority of 56 per cent. (Richard Devey/CBC News)

Either way, Northern Ireland’s political horizons remain extremely cloudy. The DUP has blamed the failure to reach a deal to restore the assembly on Sinn Fein’s insistence on single-act legislation that would offer the Irish language parity with English in the region.

“The ridiculous situation is … with Sinn Fein, where they won’t allow the assembly to come back here in Northern Ireland, they don’t take their seats at Westminster,” says former DUP Minister Nelson McCausland.

“How do they hope to influence things? They’ve really boxed themselves into a corner.”

McCausland suggests the Republican party got cocky after the March election, and before the British election awarded the DUP 10 seats at Westminster and the role of kingmaker.

The DUP has agreed to prop up British Prime Minister Theresa May’s minority government in exchange for one billion pounds for Northern Ireland.

‘[Brexit], more than any of the other issues, is a potential destabilizing factor across Ireland.’
– Commentator Chris Donnelly

Sinn Fein is not happy about it.

“I think it’s kind of a stick that the British government and the DUP are trying to wield against Sinn Fein to try to force them into a deal,” says Donnelly.

“But I think Sinn Fein will know that there are wider issues that they will have to be assured of, that they have progress on, before they can take the step of agreeing to go back into a power-sharing arrangement with the DUP at Stormont.”

One of them is Brexit. Fifty-six per cent of voters in Northern Ireland cast their ballots in favour of remaining in the European Union in last year’s British referendum on EU membership.

But the DUP has promised to back May’s conservatives on their Brexit legislation as the U.K.’s negotiations to leave continue with Brussels.

Brexit, say analysts, even more so than Northern Ireland’s power-sharing woes, is the biggest issue facing the province.

“That, more than any of the other issues, is a potential destabilizing factor across Ireland,” says Donnelly.

“British sovereignty ensures that Northern Ireland remains a part of the United Kingdom, but through both the north and south being within the European Union, the border was invisible.”

May has said she’ll pull Britain out of the single market and the customs union, meaning a hard border could return between Northern Ireland and Ireland.

Nationalists say it will give fuel to their argument for a united Ireland.

“Brexit is the single most devastating impact to Northern Ireland,” says Kellie Armstrong, a member of the assembly for the cross-community Alliance Party.

Both AJ McMinn and Rachel Madden clearly hope they might be the way of the future for Northern Ireland, not the division they still cope with in their day-to-day lives.

“I think it’s more the older generation passing down stories,” says McMinn. “Like my nanny would tell me things and I’m sure your nanny would tell you things too,” she says, looking at Madden.

“You won’t have the stereotype that your parents made you have, because they told what happened in the ’70s and ’80s. You’ll have: ‘Last week I met a Catholic on the bus and now I have her on Facebook and I’m texting her right now and she’s a great wee girl.'”