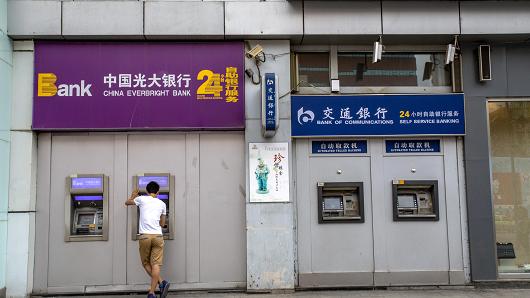 Bad loans have risen at Asian banks but they are better placed for growth compared to their European counterpart, according to Singapore’s central bank chief

A Reuters data analysis last year found bad loans at 74 major listed Asian banks, excluding Indian and Japanese lenders, reached $171 billion at the end of 2015. That was the highest since 2008 and 28 percent higher than a year earlier. Concerns over mounting debt levels in Asia have resulted in several changes in the region, including a recent downgrade in China’s rating by Moody’s.

But Asian banks are in a better position to grow compared to their European counterparts, some of which have withdrawn from the region by selling their Asian business units, Menon said. He noted that Asia’s growth is expected to average around 6 percent in the next five years, compared to the global average of 3.7 percent.

On bad debt, he said, it is more important that banks manage that risk by “proactively and conservatively” setting aside enough money to cover those loans.

“Take for example Singapore. NPLs have risen amid the weakening environment and emerging asset quality risks in the oil and gas sector, which has been weighed down by low oil prices… Banks in Singapore have made adequate provisions. The overall provisioning cover for the banking system as a percentage of total unsecured NPLs is about 100 percent. The local banks’ provisioning cover is even higher at above 200 percent,” he said.

“The good news for Asian banks is these cyclical headwinds will pass in time. Growth is recovering, monetary policy is normalizing and commodity prices are stabilizing.”