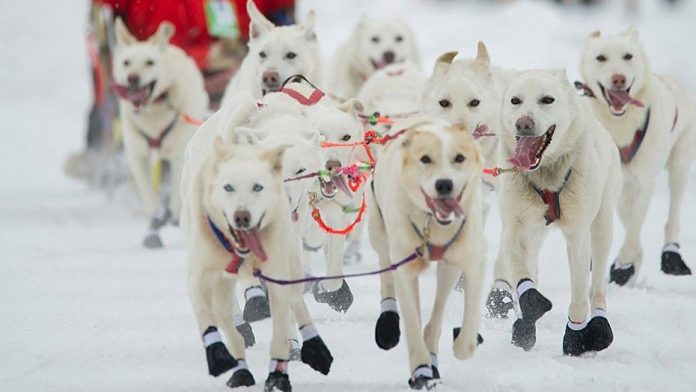 Competitors took to the trail as the Iditarod Trail Sled Dog Race kicked off Sunday in Alaska.

Competitors took to the snowy trail as the Iditarod Trail Sled Dog Race kicked off Sunday in Alaska following a trying year for the annual event.

Musher Cody Strathe of Fairbanks and his 16-dog team were the first to take off across frozen Willow Lake, about 75 miles north of Anchorage.

Before taking off on the trail, Strathe said he was excited to be the first to leave. He said he had a harmonica in his pocket and he plans to teach himself to play during the race.

“I have plenty of time while I’m out there,” he said, adding he will play “bad harmonica music” to his dogs along the way.

Sixty-seven teams are signed up for the 1,000-mile trek over mountain ranges, frozen rivers and other dangerous terrain. The winner is expected to reach the finish in the old Gold Rush town of Nome in about nine days. 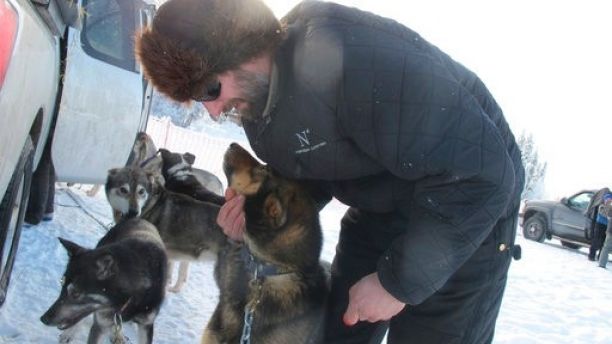 Pete Radano of Talkeetna, Alaska, attends to Skeeball, a dog on his wife Anja’s sled dog team ahead of the official start of the Iditarod Trail Sled Dog Race.

The race is taking place after organizers spent much of the year dealing with multiple problems, including a champion’s dog doping scandal, the loss of a major sponsor and escalating pressure from animal rights activists.

Iditarod officials acknowledge they’ve weathered a challenging year. But they say it’s been a learning experience, not a sign the race faces an uncertain future as some critics believe.

On Sunday, it was all about the race ahead.

Anja Radano of Talkeetna, Alaska, said she was excited to run her first Iditarod with her team, including two dogs named after carnival rides, Skeeball and Tilt-A-Whirl.

“My mind, personally, is just that I get out on the trail and hopefully, I don’t forget anything important,” said Radano, who is originally from Germany.

The race had its traditional ceremonial start Saturday with a short sprint through downtown Anchorage that gave fans a chance to get up close to the teams.

A dog on the team of Norwegian musher Lars Monsen got loose and bolted from his trailer kennel before Saturday’s event. The dog, Hudson, was later found and was securely leashed in Willow as Monsen geared up, with just one thing on his mind heading into his third Iditarod. 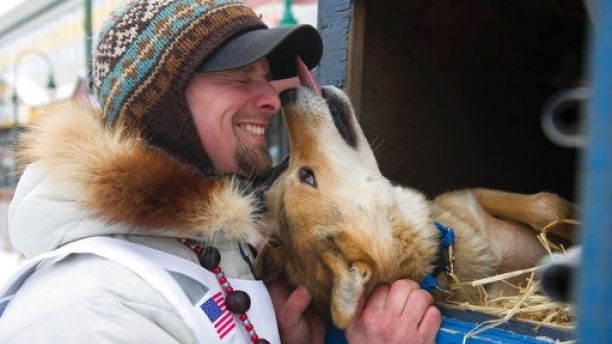 Rookie musher Matt Failor, of Willow, Alaska, gets friendly with Pantera, a female dog in his team, prior to the ceremonial start of the Iditarod Trail Sled Dog Race.

“It’s just going out on the trail and having fun and keeping the dogs happy and making the right moves along the way,” he said. “Not getting too eager in the beginning.”

Competitors are vying for a total purse of $500,000 in the 46th running of the race, with the winner’s share to be determined later in the race. The winner also receives a new truck.

Of the troubles facing race organizers, perhaps the most high-profile issue was the October disclosure that four dogs belonging to four-time winner Dallas Seavey tested positive for a banned substance, the opioid painkiller tramadol, after his second-place finish last March behind his father, Mitch Seavey. The race’s governing board faced criticism for the tardy release of the information.

The Iditarod didn’t punish the younger Seavey, who has denied administering the drugs to his dogs. Race rules have since been changed to hold mushers liable for any positive drug test unless they can show something beyond their control occurred.

Dallas Seavey is sitting out this year’s race in protest over the handling of the doping investigation. He is in Norway instead, gearing up to participate in another sled dog race.

Dog deaths in last year’s Iditarod also played a role in increasing pressure from animal rights activists, who are protesting the race in person this year. The Iditarod went without dog deaths in several recent years.