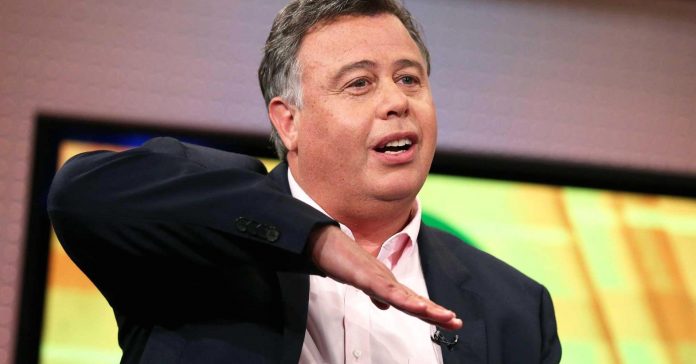 When it comes to innovation, HP Inc. is no laggard. And according to President and CEO Dion Weisler, it was a high school intern that prompted his team to create the company’s new blockbuster printing device, the HP Sprocket.

It started after a presentation HP’s interns deliver to company executives, when Weisler asked the 14- and 15-year-olds if they print. Three of them said they did not — they had no need for it.

“I said, ‘Well, hang on a second, what about putting a photo on your wall?'” the CEO told “Mad Money” host Jim Cramer on Wednesday. “And with perfect innocence, this kid said to me, ‘What, stick my phone on the wall?’ And it was kind of at that point that we said, ‘We’ve got to make print relevant. Emergency meeting, everybody. How are we going to do that?’ and that’s when the idea of the Sprocket came up.”

Now the $129 device, which allows users to print photos directly from their smartphones, is on fire, perpetually out of stock at retailers like Amazon.

And while Cramer said the mini-printer might be the “hot gift” of 2017 for those of the selfie generation, Weisler considers it as a symbol of something more.

“We think it’s just the birth of a new category,” the CEO said. “It’s about reducing that glide slope of decline that we’d seen in home-based printing, and I think it’s this kind of innovation that really is required and expected of market leaders.”

And according to its latest earnings report, HP has been innovating since its split with Hewlett Packard Enterprises in 2015.

The company saw revenues up 7 percent from a year ago, and this quarter marked the first time that the personal systems and print segments both rose for the first time since 2010.

Weisler said that while innovation was the driving factor, cutting costs did play a role in what management called a “breakthrough quarter” for HP.

“You’ve got to look at the market, you’ve got to be realistic. Get those costs under control. Then you start to think about, ‘How can we innovate? How can we think through the lens of a customer and deliver sleek, beautiful designs, sprinkles of magic, deliver on a security promise across both printing and personal systems … and, you know, do that in a cost envelope that really adds value to customers. And when you do that, it works,” Weisler told Cramer.

And as HP’s 3-D printing business kicks off, Weisler sees massive opportunity ahead when it comes to changing the way companies manufacture products.

“We see ways that we can really transform the way traditional manufacturing’s done without warehouses and without tied-up cost to capital,” the CEO said. “In the future, we’re going to democratize manufacturing in a way that really hasn’t changed since the assembly line more than 100 years ago.”