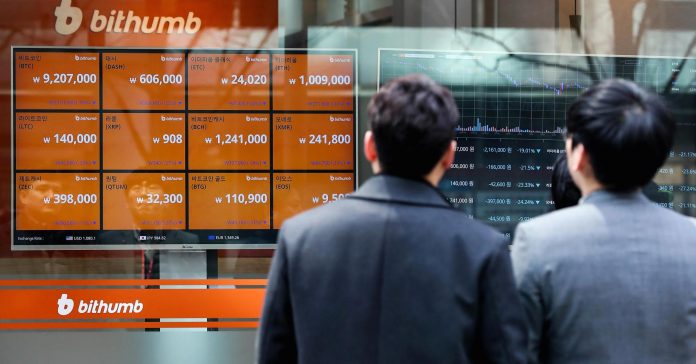 “The main takeaway is that you should never expect an exchange to be secure.” He suggests storing cash and cryptocurrency in a wallet separate from the site used for trades.

Regulatory actions. A web search should quickly unearth news accounts of regulatory issues, as these sites have occasionally come under the gun, most notably by regulators in China and South Korea. China plans to limit power used by some bitcoin miners, a potential challenge to the industry. South Korea is looking at restricting cryptocurrency trading on only qualified exchanges and imposing a capital gains tax on crypto trading.

Customer support. Can you get a question answered by a knowledgeable human being, or will you be steered to an unsatisfactory FAQ page or user forum?

“Even for the best exchanges, customer support is a huge issue,” Hendrix said, noting that it can be “nearly impossible” to get anyone on the phone for help with technical snafus, even at some of the most well-known exchanges.

Margin. Big traders can buy cryptocurrency on margin like they can with stocks, so that’s a feature to look for if you plan to become a player.

Fees. Obviously, it’s important to know what you’ll be charged for each trade, and good sites list the charges before you hit the Submit button on a trade. “Pay attention to hidden fees and the fine print,” said Patrick Gray, founder and CEO of HashChain Technology, a cryptocurrency mining company. These fees can be for trading, depositing or withdrawing funds.

“Some exchanges are upfront about their fees, while others bury them.” Coinbase, for example, lists a 4 percent “base rate” charged on the value of the transaction but has various methods of reducing the fee depending on the size of the trade and whether it’s funded by money in the account, drawn on a bank or a credit card.

Also look at the exchange’s upgrades in technology, since that could also affect trading costs. Coinbase and Bitfinex, the two largest exchanges by U.S. dollar-bitcoin trading volume, are adopting a software called SegWit, which is expected to lower fees by as much as 20 percent while speeding up transactions.

Security safeguards. Users have lost money to hackers on some platforms. So a history of hacking discovered in a search of news stories and company announcements would be a red flag unless the company can prove it has strengthened its defenses. Experts say it’s a safe bet that hackers are probing all trading platforms all the time.

“The biggest concern for any investor on a cryptocurrency exchange is the likelihood of fraud or hacks due to poor security or a lack of investor protections,” Gray said.

Gray urges traders to seek a platform that uses two-step authentication during login, such as a password and quick-expiring code taken off a cellphone app.

“The more mainstream cryptocurrencies become, the more investors expect the same level of security from these enterprises as they are accustomed to from their banks and brokers,” Ozkan says.

Other things experts recommend looking for: a safeguard against a “flash crash,” or snowballing price drop triggered by a few big trades, protections against leaks of customer data, a daily “integrity and reconciliation” check to assure all transactions were booked correctly.

The cryptocurrency market is maturing, but still a little like the Wild West. Traders can be careful, but experts warn that nothing is guaranteed.

“To minimize your risks, try not to put your money in a single exchange, and don’t store money on exchanges, Sobachevsky said. “Transfer money to an exchange when you need to do a trade. Trade, then get the money back.”

— By Jeff brown, special to CNBC.com