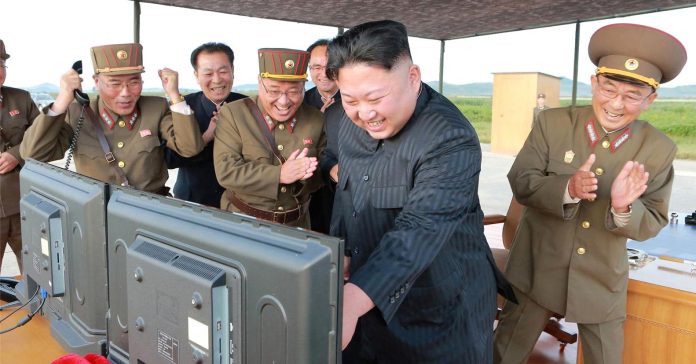 “Our Neighbors,” North Korea’s version of a prime-time sitcom that was released in 2013, depicts a highly fictionalized version of family life — a bold departure from films during the Kim Jong Il era that emphasized putting the state before family, Lee explained.

Notably, the two-part series depicts weapons testing — the catalyst behind sanctions that have brought economic hardships to civilians. In one scene, characters cheer and dance after iconic news presenter Ri Chun Hui, the same newsreader who announced details of the state’s latest intercontinental ballistic missile launch, describes the successful launch of a long-range rocket.

This emphasis on family ties is “a possible allusion to the issue of defection,” Lee noted. Emphasizing filial piety may be a strategy for preventing defections, which have been rising in recent years, she said.

“Value Others” is about a naval officer, but rather than focus on his military career, the short drama concentrates on his life after graduating from the naval academy. Lee notes that the protagonist is mostly seen in civilian clothes instead of military uniform, which relates to one of Kim Jong Un’s key policy priorities: homegrown production of consumer goods, including fashion.

Meanwhile, the 50-minute long “Young Researchers” is a message on using science and technology for patriotic causes, Lee said.