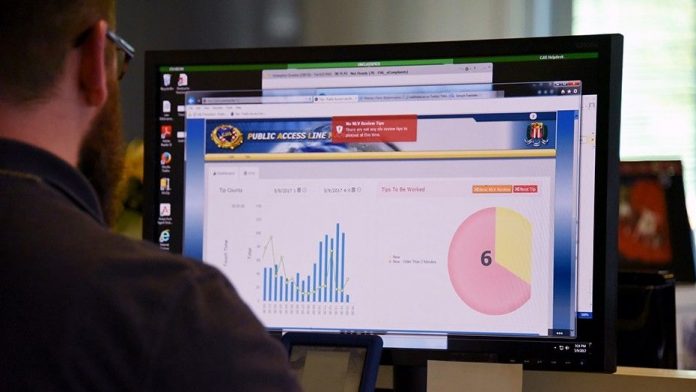 In the aftermath of the Parkland school shooting, one of the poignant questions remaining is how the FBI unit that received a tip about the potential shooter in early January failed to pass it along.

What went wrong? How overworked is the Bureau unit that handles tips like this and how many tips do they handle? Was it simple human error?

The FBI unit that failed to pass along the information about Nikolas Cruz is responsible for handling “all the calls and public leads” submitted to the Bureau nationwide, either by phone or online, and is located in Clarksburg, West Virginia.

“On January 5, 2018, a person close to Nikolas Cruz contacted the FBI’s Public Access Line (PAL) tip line to report concerns about him,” according to an official FBI statement (https://www.fbi.gov/news/pressrel/press-releases/fbi-statement-on-the-shooting-in-parkland-florida). That caller apparently “provided information about Cruz’s gun ownership, desire to kill people, erratic behavior, and disturbing social media posts, as well as the potential of him conducting a school shooting.”

According to lawmakers, FBI Deputy Director David Bowdich admitted in a March 6 briefing that “the caller provided sufficient information to the tip line for the FBI to launch a probe,” despite the fact that the PAL employee who answered the phone apparently “did not ask any standard investigative probing questions during the call.”

That call-taker was apparently able to connect the dots between the January 2018 tip and another tip that had been submitted in 2017 about a YouTube comment, allegedly made by Cruz, in which he says “I’m going to be a professional school shooter.”

According to Bowdich, the PAL employee who connected those dots explained the tips with a supervisor – in a conversation that was never documented – and the matter was eventually dropped.

The FBI’s PAL call center was established in 2012, both to make the process of submitting tips easier for the public, and to allow agents and investigators to spend more time working, rather than fielding phone calls and sifting through e-mails.

PAL is a part of the FBI Criminal Justice Information Services (CJIS) Division and the Bureau suggests  PAL has saved its field offices more than 203,027 work hours since its inception.

PAL consists of approximately 150 employees, referred to as “customer service representatives” on the FBI’s website, and information can be submitted 24/7. Daily staffing is around 100 employees.

Last year, those employees sifted through more than 1.5 million tips.  That’s roughly 25 tips a day, per person, assuming nobody takes a day off. When you factor in things like weekends, vacation/sick time, and the need to stagger shifts to provide 24/7 service, the number becomes far greater.

In 2017, the overwhelming majority of tips handled by PAL – some 98% – were deemed “non-actionable,” meaning they did not result in the FBI taking action of its own. An FBI official told Fox News that this classification doesn’t necessarily mean the tips were deemed bogus.

“Non-actionable” tips can include those with information relevant to a different agency, at which point it would apparently be passed along by PAL staff. However, it seems the term “non-actionable” would also apply to tips that may not be deemed as credible as they should be, which may have been the case with the phone call regarding Cruz just weeks before his alleged killing spree.

An FBI official told Fox News that PAL employees answering the phones undergo a “hybrid training” that includes learning about different types of FBI violations, listening to previous calls to see how they were handled, writing reports of their own, sitting with other experienced operators and then being mentored by someone who is watching and guiding them.

These employees do not necessarily come from law enforcement backgrounds, according to that same official, who also could not say how long the training lasted, or if the calls reviewed for training purposes were recordings of FBI agents, investigators or other PAL operators. In an interview posted on FBI.gov, Jeffrey Lindsey, described in 2013 as the chief of the PAL Unit, suggested that “when a member of the public calls [the PAL], they can rest assured that on the other end is going to be an FBI employee who’s fully trained and experienced in taking calls from the public, making sure that information gets handled in a confidential manner, and gets sent to the investigative or analytical entity that needs that information.”

Special Agent Eric Reese, described as the watch commander of the Public Access Center Unit, in a different video posted on FBI.gov, said that analysts reviewing digital tips look “for believability, credibility, check internal databases and external databases to verify the information is a valid tip regarding criminal activity or counter-terrorism activity.”

When asked whether PAL’s staffing levels are sufficient, considering the number of tips it receives, Jay Minnucci, an expert in the logistics of call-center operations, pointed out that it would be hard to say without knowing how long the average call or e-mail review lasts. Even without such data, however, he admits that the PAL is no normal call center, and staffing it would come with a variety of unique challenges.

“They would require more training than an average center.  They are available 24/7/365.  They need to answer calls more quickly than other centers. All of those factors need to be considered when calculating staffing, and would increase the required staff numbers,” said Minucci, the president of Service Agility and one of the founding advisers of Contact Center Pipeline, a publication for call-center managers.

More importantly than its ability to answer calls (or review digital tips) quickly, Minnucci says, is being able to do it well. “[That] means being able to cull the ‘moment of truth’ calls from the ordinary, typical call.

“Most centers… deal mainly with ordinary calls that mean little, but in the midst of that get a few highly important calls that mean everything,” he added. Being able to tell the difference, Minnucci says, is like having to find “the proverbial needle in a haystack.  A place like an FBI tip line would need to have an exceptionally refined process for evaluating the call importance quickly and accurately.”

According to the 2017 CJIS Year in Review, the PAL “looks forward to enhancements in its systems and processes which will allow for increased call volume and more focused reporting to field offices.” An FBI official was unable to say exactly what that meant, or if there were plans for increased resources and/or staffing.