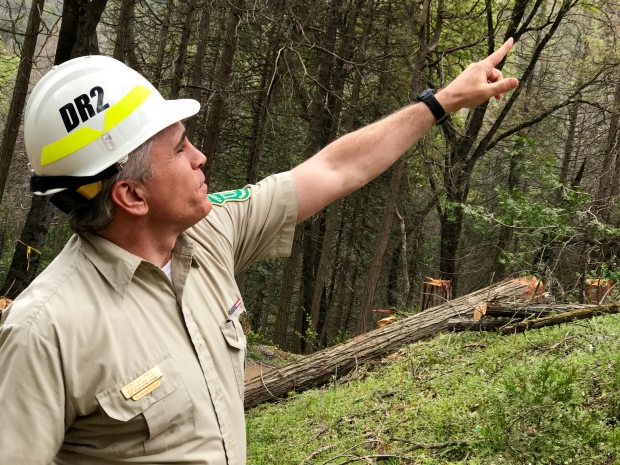 No one joins the California Conservation Corps. to cut down trees. But where visitors to Sequoia National Park see grey trunks and leafless branches, forestry worker Jose Castaneda sees kindling.

“It feels really sad to see so many dead trees,” he says. “But at the same time we’re saving other trees’ lives.”

Then he slips on his safety glasses and fires up his chainsaw. The race is on. Hundreds of workers deployed in forests across the state have to remove as many dead trees as they can before lightning or a match set California’s forests alight.

Even though it’s only the start of the fire season, it already looks like it’s going to be a bad one. California hasn’t been hit by anything as big as the Brian Head fire currently raging in Utah, but what this year’s fires have lacked in size, they’ve more than made up for in number.

Together, they have already burned three times as much territory as this time last year, according to the California Department of Forestry and Fire Protection.

Eric La Price of the U.S. Forest Service points to one of the 17 million dead trees in the Sequoia National Park. (Kim Brunhuber/CBC)

Forestry officials say three different factors have fanned the flames. First, the record-setting heat wave which has covered the American Southwest like an insulating blanket. Second, the fallout from the state’s six-year drought.

“You can see a lot of dead trees still remain,” from the drought, says Eric La Price of the U.S. Forest Service (USFS) as he walks down a trail in Sequoia National Park, pointing at the boughs above. The dramatic swaths of dying pines known as “red trees” for their dull, orange-red needles, have now gone a ghostly grey. 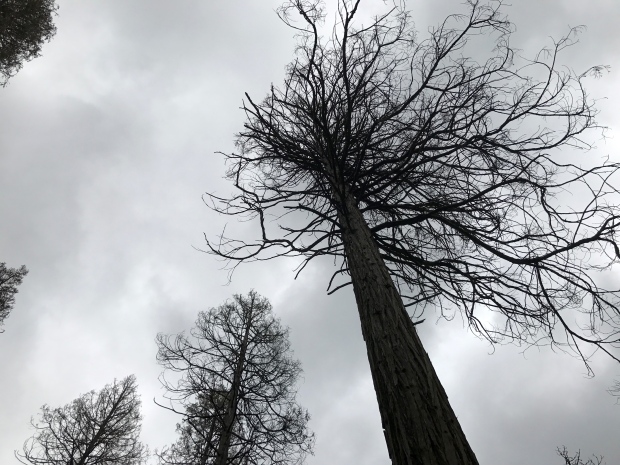 Drought may have contributed to the deaths of an estimated 102 million trees in California. (Kim Brunhuber/CBC)

“Here on the Sequoia National Forest, we’re looking at about 17 million.”

The state-wide estimate is 102 million. Some were killed directly by the drought, many more by insects which were able to exploit the parched and defenceless timber.

“The beetles have been having literally a feeding frenzy, attacking every tree in sight,” La Price says. “Because of the lack of water they weren’t able to produce enough sap to protect themselves.” 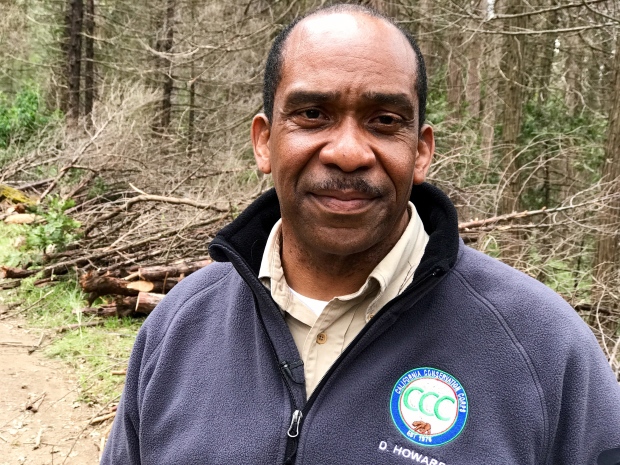 Dana Howard of the California Conservation Corps. says all the dead trees in the forests he knows so well is ‘soul crushing.’

Now, according to California Conservation Corps. spokesman Dana Howard, the state’s forests are stacked with dry fuel that poses a deadly danger to millions of visitors and nearby communities.

“If a fire were to come through here while people were here and the trees come down, there’s no way out,” Howard says. “It’s a firetrap.”

Many Californians assumed this winter’s record rainfall, which officially ended the drought, would mitigate the fire danger. But according to La Price, all that rain, ironically, led to the third problem.

“A lot of areas you see are wonderfully green right now, which is beautiful,” La Price says, pointing to the emerald undergrowth dotted with button-sized flowers. But those grasses are going to dry out in summer, adding to the risk of fire.

“We just need to have the right combination of weather conditions,” he says.

And that combination — hot, dry and windy — is now hitting much of the state, resulting in the outbreak of several quick-spreading fires. One solution, according to the USFS, is more fires. 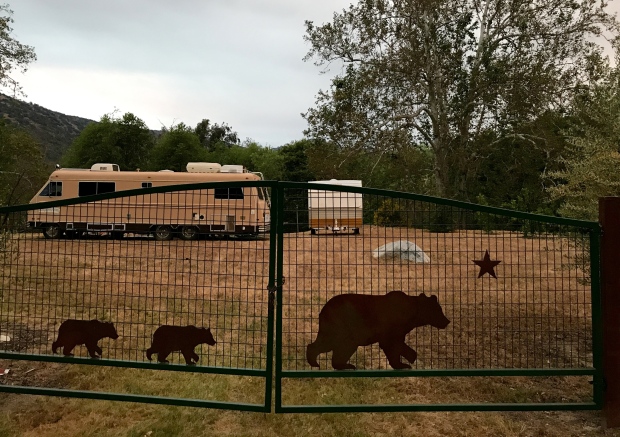 Forestry officials fear with all the fuel from dead trees and dried out grasses, a blaze in the wrong place could create a deadly firetrap. (Kim Brunhuber/CBC)

“We want to take advantage of proper conditions for doing our own burning,” La Price says. “If we have lightning strikes, we will have favourable conditions under which we can manage that fire, restoring that fire to its natural role in the ecosystem.”

Castaneda removes his chainsaw from a huge pine and taps it expertly with his axe until it falls. One more dead tree down. But his and the other crews will only cover one per cent of this massive forest, and time is running out. Though the heat wave is expected to end this week, the forecast is calling for a hotter than normal summer, millions of dead trees still stand, and the dry grass looks like it’s ready to burn. 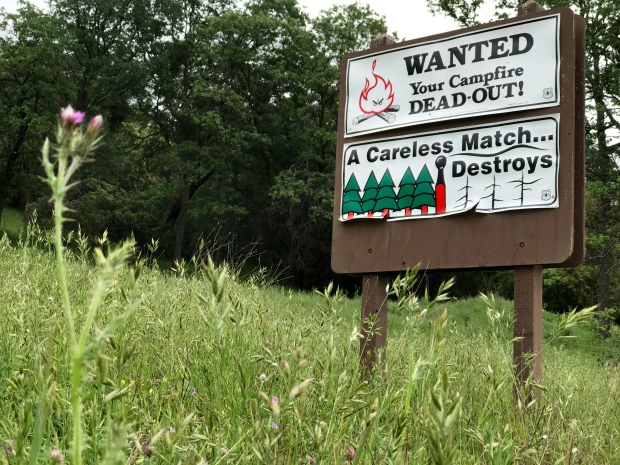 The record-setting rains that ended California’s drought mean plenty of new grass, which will create an increased fire hazard when it eventually dries out. (Kim Brunhuber/CBC)