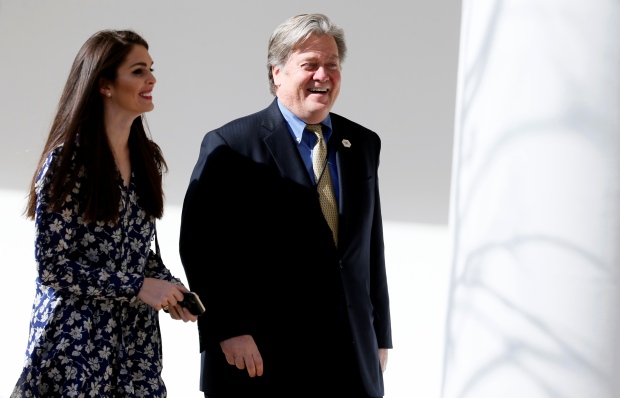 Longtime Trump communications aide Hope Hicks has been named as interim communications director, the White House said on Wednesday, in the latest personnel move for President Donald Trump as he continues to seek someone for the job.

The role of communications director had last been filled by Anthony Scaramucci, a New York financier who was ousted after just 10 days following an obscene tirade he made to a reporter for The New Yorker magazine.

Scaramucci proved to be a divisive figure in the White House. Former press secretary Sean Spicer resigned over his arrival.

Chief of Staff John Kelly, once he took over from Reince Preibus, fired Scaramucci.

Hicks, 28, worked in communications for Trump during his campaign following a tenure with his Trump Organization.

She will work with White House press secretary Sarah Huckabee Sanders, according to the White House. Sanders was firmly entrenched in that role when Spicer departed.

Scaramucci’s predecessor as communications director, Michael Dubke, resigned in May after about three months in the post.

Dubke joined the White House team in February. The position had gone unfilled after campaign aide Jason Miller — Trump’s original choice for communications director — declined the job in December, days after it was offered.

The search for permanent replacement comes as Trump has repeatedly railed against leaks within his administration. His Attorney General Jeff Sessions has also warned of a possible crackdown on journalists and their sources who divulge classified information.