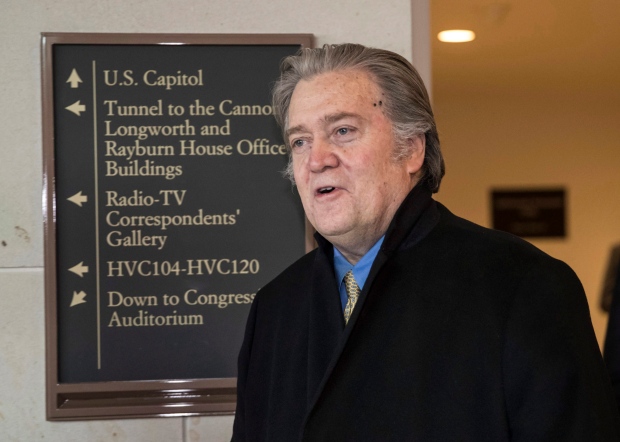 President Donald Trump’s longtime aide Hope Hicks declined to answer questions about her time in the White House during a nine-hour, closed-door interview with the House intelligence committee Tuesday, saying she was advised not to.

The panel is investigating Russian interference in the 2016 election and any contacts between Trump’s campaign and Russia. As one of Trump’s closest aides, Hicks is a key eyewitness to his actions over the past several years. She was his spokeswoman during the 2016 presidential campaign and is now White House communications director.

The top Democrat on the intelligence panel, California’s Adam Schiff, said after the meeting was over that Hicks answered questions about her role in Trump’s campaign and answered some questions about the transition period between the election and the inauguration. But she would not answer any questions about events since Trump took the oath of office, similar to some other White House officials who have spoken to the committee.

Schiff said Hicks did not assert any type of executive privilege, but just said she had been advised not to answer.

While the investigation is focused on Russian interference during the campaign, House investigators also had questions about her time in the White House, including her role in drafting a statement about a July 2016 meeting between Trump campaign officials and Russians. That statement has also been of particular interest to special counsel Robert Mueller, who is investigating matters related to the Russian meddling and potential obstruction of an ongoing federal inquiry.

The White House has said the president was involved in drafting the statement after news of the meeting broke last summer. The statement said the meeting with Trump associates and Natalia Veselnitskaya, a Russian official. primarily concerned a Russian adoption program. Emails released later showed that Trump’s eldest son, Donald Trump Jr., enthusiastically agreed to the sit-down with a Russian lawyer and others after he was promised dirt on Trump’s presidential rival, Democrat Hillary Clinton.

Hicks was with the president on Air Force One while they were writing the initial statement.

“All of our questions about what went into that statement went unanswered,” Schiff said.

Steve Bannon is shown on Feb. 15. The House is considering whether to hold him in contempt after his appearance before the intelligence committee. (J. Scott Applewhite/Associated Press)

As the interview wore on, Hicks and her lawyer relented on one area of questioning — the transition period between the election and the inauguration. She initially refused to answer all those questions, but Schiff said it became clear to the House lawmakers that she had answered questions about that time period in a separate interview with the Senate intelligence panel. That committee is also investigating the meddling and spoke to Hicks several months ago.

After House lawmakers argued that she should treat the two committees equally, Hicks and her lawyer conferred with the White House, Schiff said. She then began to answer some questions related to the transition. Schiff said Democrats had asked for a subpoena after she refused to answer questions, but Republicans had declined to issue one.

That marks a difference from the GOP response to former White House strategist Steve Bannon, who also refused to answer questions, including about the transition. Republicans subpoenaed him during his interview in January when he declined to answer, but Bannon has yet to fully co-operate, despite a return visit to the panel two weeks ago. The House is now considering whether to hold Bannon in contempt.

Florida Rep. Tom Rooney, one of the Republicans leading the Russia probe, said he didn’t think Hicks should be subpoenaed, saying she was “very forthright and open to the questions that we’ve had.”

Hicks arrived shortly after 10 a.m. through a rear entrance to the committee’s interview space and did not answer shouted questions from reporters. In the hours before Hicks’ arrival, Trump tweeted several times, quoting cable news commentators who said they hadn’t seen evidence of collusion between Trump and Russia. One tweet encouraged investigations of Clinton. And a closing tweet simply said, “WITCH HUNT!”

Asked about Hicks’s refusal to answer some questions, White House press secretary Sarah Huckabee Sanders said Tuesday that “we are co-operating because as the president has said repeatedly there is no collusion, and we’re going to continue to co-operate, and hopefully they’ll wrap this up soon.”