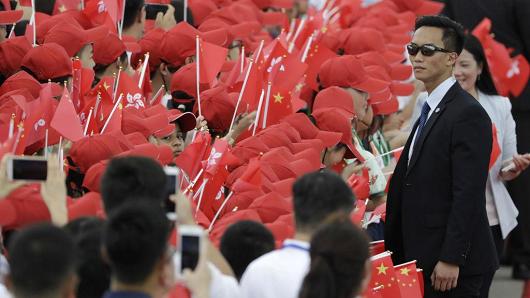 Reflecting on the process of returning the former British outpost to China, Patten said that “I think that we could have started on the process of democratization earlier, back in the 1980s, when we said that one of the guarantees of how Hong Kong would continue to be free should be the development of democracy.”

But for Patten, the tide in favor of Hong Kong’s democracy was ultimately quelled at the time by China, fearful that the city would become independent like Singapore.

“The Chinese have spent a lot of time talking about ‘one country, two systems,’ without ever having made the effort to understand what it means,” Patten said. “Hong Kong is still one of the freest cities in Asia, no question about it, and that’s how people would like it to remain” he said.

“I’ve never been against helping China to become a modern economy,” Patten said. “What I’m not in favor of is kowtowing to China,” he added.