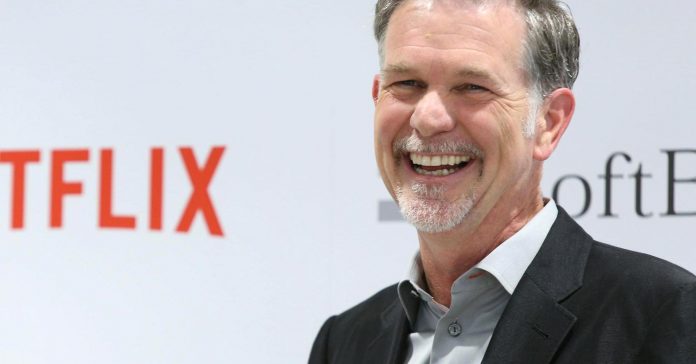 Netflix has beaten analyst estimates in the December quarter each time since the fourth quarter of 2012, according to data from Kensho. This could be one reason why the stock does well at the start of the year.

Analysts are estimating earnings per share of $0.42 in the December quarter, and if Netflix beats this then the stock, which is up over 52 percent this year, could continue to rally.

But “there is a little more headwind to Netflix competitively going into 2018 more than going into any other year,” according to Daniel Ives, head of technology research at GBH Insights.

Amazon is of course ramping up its spend on original content, while Disney’s recent deal to buy Twenty-First Century Fox’s assets has bolstered the company’s streaming ambitions. Apple, Facebook and HBO have all talked up the potential of original content too.

Meanwhile Netflix is continuing to increase its spending on original productions, creating a content war. But Netflix, which is seen as having first-mover advantage, has continued to expand internationally, and this will be the key for it holding its leadership position.

“If they are successful expanding internationally they have strong tailwinds going into 2018.They have built an iron fence around the consumer landscape domestically, and all signs are pointing towards the international strategy hitting the ground running,” Ives told CNBC in a phone interview.

Still, not all analysts think Netflix is safe. Needham analyst Laura Martin told CNBC in November that “Netflix should be scared to death” with the competition.