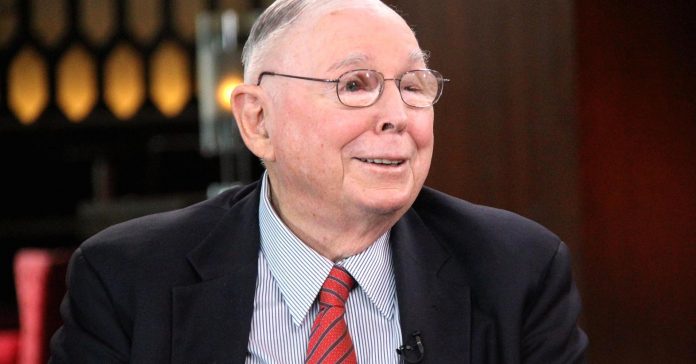 Munger and Buffett have publicly and repeatedly shared their rejection of the market efficiency theory, which states it is impossible for companies to beat the market through stock picking. In the speech, Munger slightly brags about their success outside of this theory, calling it “a wonderful economic doctrine that had a long vogue” despite Berkshire Hathaway’s success.

Munger uses the examples of the bystander effect and social proof to demonstrate that many investors are just a bunch of followers.

“The bystander effect occurs when the presence of others discourages an individual from intervening in an emergency situation,” according to Psychology Today. The concept was popularized after the infamous murder of Kitty Genovese in 1964. She was reportedly stabbed to death outside her home while bystanders observing the scene did nothing.

In this moment the witnesses are said to have exhibited social proof, a phenomena researcher Robert Cialdini describes as “when people … do things that they see other people doing.”

“Now, one of the explanations is that everybody looked at everybody else and nobody else was doing anything,” Munger says in his speech, “and so there’s automatic social proof that the right thing to do is nothing.”

Munger compares those bystanders to “big-shot businessmen” who, instead of betting against the market, simply make investments others are making.

“There are microeconomic ideas and gain/loss ratios and so forth that also come into play,” Munger says. “I think time and time again, in reality, psychological notions and economic notions interplay, and the man who doesn’t understand both is a damned fool.”