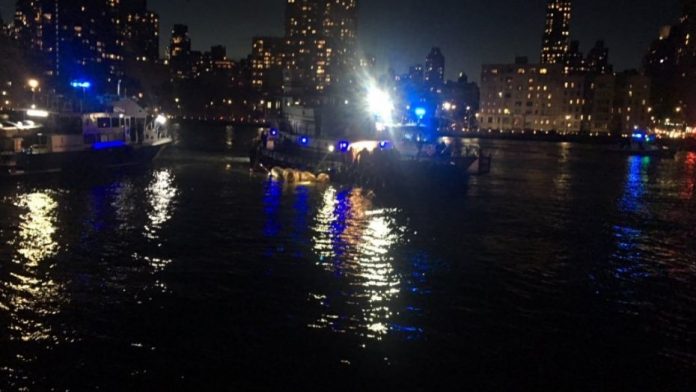 A helicopter believed to be carrying several people crashed in New York City’s East River on Sunday night and rescues were under way, according to multiple reports.

The Federal Aviation Administration tweeted that a Eurocopter AS350 “went down” near Roosevelt Island around 7 p.m., adding the chopper is reportedly upside down in the water.

The NYPD and FDNY confirmed rescue operations are under way.

Video posted to social media by WCBS appears to show a man being walked from the scene into an ambulance.

Mayor Bill de Blasio has been briefed on the incident, and divers with both the NYPD and FDNY are already searching the water, the mayor’s spokesperson said.

It was not immediately clear what caused the crash and the extent of possible injuries.