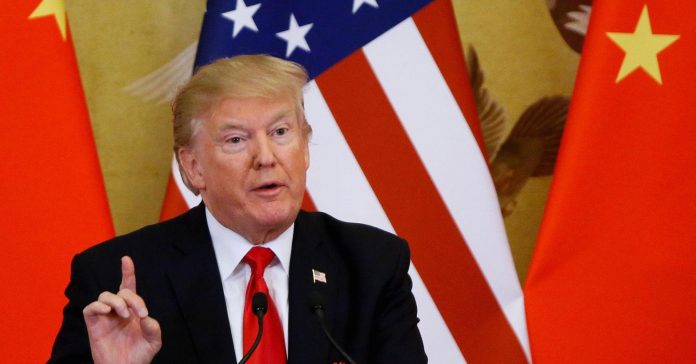 Hedge fund managers have warned that Chinese authorities could soon retaliate against U.S. tariffs and vastly escalate a global trade war that has simmered for the last few of weeks.

The U.S. Trade Representative’s office is due to rule on an investigation into China’s policies following concerns over their impact on intellectual property rights. The U.S. economy has seen many billions of dollars lost due to the presence of counterfeit goods and pirated software.

“We have the intellectual property inquiry report due out this month, if that says something negative about China, which is what everyone is expecting, I can’t see how (President Donald) Trump just sits on his hands and does nothing,” Steve Jacobs, CEO of BTG Pactual Asset Management, told CNBC at the Investor Choice Awards Tuesday night.

“So the risk of escalation and tit-for-tat, I think, is very real and that causes a lot of uncertainty,” he said.

Media reports late Tuesday said that the White House has prepared a number of tariffs on Chinese imports for alleged intellectual property theft. According to the Nikkei Asian Review newspaper, the tariffs would target technology products and clothing and reach up to $60 billion.

The reports follow a recent decision from President Trump to impose a 25 percent tariff on steel and another of 10 percent on imported aluminium. The move has sparked concerns across the world, including in Japan and the European Union. The latter is set to take the decision to the World Trade Organization (WTO) and has prepared countermeasures that include imposing tariffs on certain U.S. products.

Francis Rowe, chief economist at Aventicum, also told CNBC Tuesday night that China’s response “has been muted” so far, given that it was already subject to metal tariffs. But that could change soon.

“I think what they are really waiting and watching for is the next sort of results of the possible trade tariffs that the U.S. might announce on intellectual property,” he said.

“Were that to escalate in that direction, I think we would have a stronger Chinese reaction and that’s where we could get macro significant tariff back and forth between China and the U.S.”

Jacobs added that the metal tariffs on their own are not a significant worry in itself, but said it was more concerning that people were exiting the U.S. administration, suggesting that there be more tariffs to come.