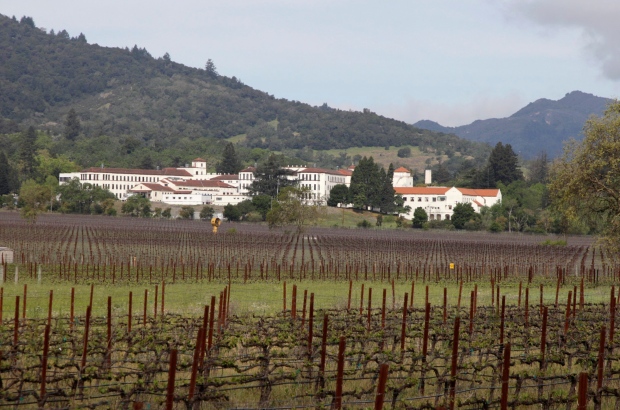 A gunman took at least three people hostage at the largest veterans home in the United States on Friday, leading to a lockdown of the sprawling grounds in Napa Valley, California, authorities say.

Authorities said they could not immediately say if anyone was injured. Police evacuated the property of the Veterans Home of California after reports of a man with a gun at the facility in the small town of Yountville in the heart of Northern California’s wine country.

The CHP is aware of the incident at the Yountville Veterans Home and has officers and aerial resources on scene working with Napa County Sheriff’s deputies and others to bring the situation to a safe conclusion. A CHP SWAT team is also enroute. More details as info is available.

The Napa Valley Register reported that a man wearing body armour and armed with an automatic weapon entered the home.

Fransen said authorities were working to establish a secure perimeter around the facility, which is home to about 1,000 residents. An armoured police vehicle, ambulances and several fire trucks were at the scene.

In this April 17, 2011, file photo, vineyards are shown in front of the Veterans Home of California in Yountville, Calif. (Eric Risberg/Associated Press)

Events manager Elizabeth Naylor, who was working about 16 kilometres miles north of the veterans home, said she heard waves of emergency sirens. She said she’s lived in Yountville since 1995 and is rattled about a shooting so close to home.

“I don’t know the world we live in today, I really don’t,” she said. “This is a little community and we all know each other. Napa Valley is a wonderful, beautiful place and to know this is in your background, it’s unsettling.”

The Napa County Sheriff’s Department issued an alert to residents at 10:30 a.m. PT warning them to avoid the area. The department did not immediately respond to a telephone call from The Associated Press.

The state Veterans Affairs department said the home that opened in 1984 is the nation’s largest veterans home, with about 1,000 elderly and disabled residents. Its website said it offers residential accommodations with recreational, social and therapeutic activities for independent living.

The grounds also are home to a 1,200-seat theatre, a nine-hole golf course, a baseball stadium, bowling lanes, a swimming pool and a military Base Exchange branch store.