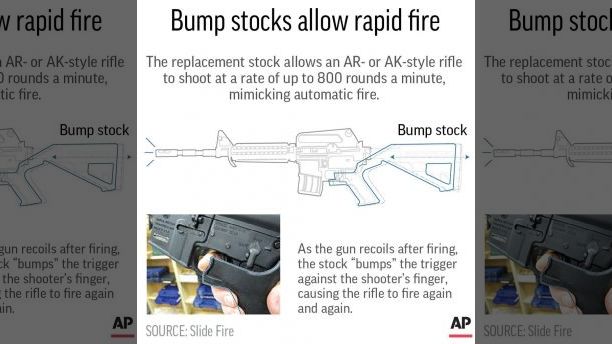 During a bipartisan meeting between Trump and lawmakers, the president issued new gun safety proposals to increase school safety. Here are the president’s proposals.

In the weeks after a gunman walked into a high school in Parkland, Florida, and killed 17 students and faculty members, survivors aren’t giving up their fight for stronger gun control efforts.

Since the Feb. 14 shooting, several ideas have been floated by the White House, Republicans, Democrats and state officials to combat gun violence. Trump also hosted a group of bipartisan lawmakers at the White House to discuss reform.

A school safety bill that, among other things, would allow some teachers to be armed, narrowly passed the Florida state House in March, and Gov. Rick Scott, a Republican, signed it into law.

Attorney General Jeff Sessions said top officials in the Justice Department believe they can ban bump stocks through the regulatory process. However, gun manufacturers and owners are likely to sue if they are banned without any legislation from Congress.

And when Republican Sen. Pat Toomey, R-Pa., acknowledged that a bill he’s sponsored with Sen. Joe Manchin, D-W.Va., to broaden background checks does not include raising the age limit, Trump accused him of being “afraid of the NRA.”

National Rifle Association spokeswoman Dana Loesch has already said the powerful gun lobby does not support raising the age limit to purchase certain firearms. After Trump’s White House meeting, she told Fox News it was “good TV,” but some of the proposals were “really bad policy.”

However, some Republican senators, including Rubio and Pat Roberts of Kansas, have voiced support for raising the minimum age to purchase certain types of firearms.

Walmart, the nation’s largest retailer, announced this week that it would stop selling firearms and ammunition to anyone under the age of 21. 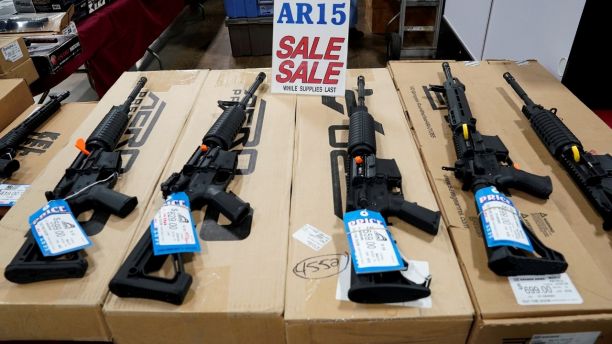 Dick’s Sporting Goods announced in February that it would stop selling assault-style rifles and prohibit anyone under the age of 21 from purchasing a firearm. 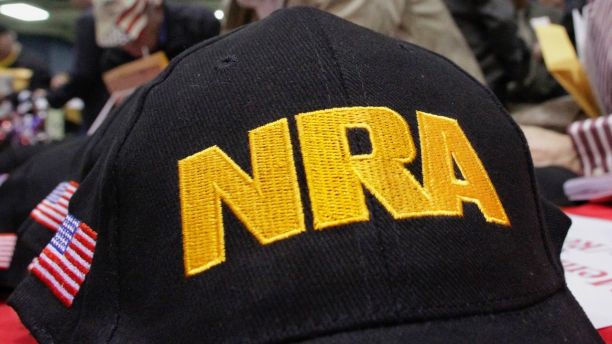 Trump encouraged lawmakers not to be afraid to disagree with the NRA, the powerful nonprofit that advocates for gun rights, during a televised meeting with lawmakers.

“I’m a fan of the NRA,” Trump said. “There’s no bigger fan. I’m a big fan of the NRA. These are great people, these great patriots. They love our country. But that doesn’t mean we have to agree on everything.”

Several companies have cut ties with the NRA since the Parkland school shooting. Among them are: Avis Budget Group, Enterprise Holdings, MetLife, United and Delta.

Georgia lawmakers voted to yank a tax break for Atlanta-based Delta on March 1 after the airline severed ties with the NRA.

The bill cleared the state House with an overwhelming 135-24 vote, after being approved in the state Senate on a 44-10 vote. It was then sent to the governor’s desk.

The final version dropped an earlier amendment that would have renewed a jet fuel tax exemption worth $50 million that was taken off the books in 2015.

“Businesses have every legal right to make their own decisions, but the Republican majority in our state legislature also has every right to govern guided by our principles,” said Lieutenant Gov. Casey Cagle, who threatened to kill the airline tax break days prior to the vote.

The threat prompted liberal governors nationwide to court the airline, including New York Gov. Andrew Cuomo who tweeted his support and encouraged Delta to move its headquarters north.

The NRA has fired back at companies like Delta – and at the lawmakers encouraging them – for allegedly not supporting the Second Amendment.

“Ultimately, our members are passionate #2A supporters. Having those on the left pushing for a boycott to pressure companies to drop discounts just shows how out of touch some are,” the NRA said on Twitter.