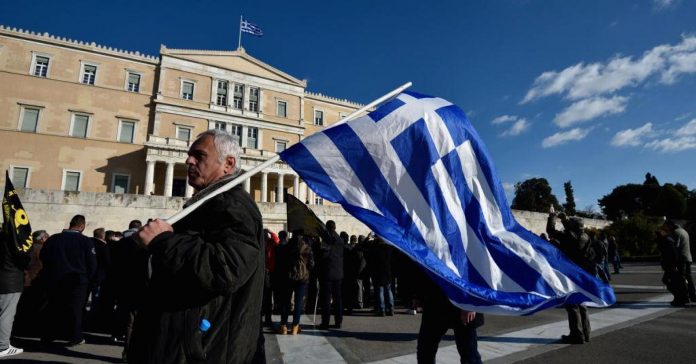 “We will have an agreement before the end of the program. This is very important for us in order to be able to refinance our debt without official sector support, I think this is a precondition in order for us to do that,” Tzanakopoulo told CNBC.

The issue is highly contentions in Europe. Germany and institutions such as the European Stability Mechanism, which is a fund that helps euro zone countries that need to borrow, argue that Greek debt is sustainable in the coming years and it is therefore not a priority for creditors.

“Europe, in the last months, has been quite destabilized not only because of Brexit, but Germany has no government and this is of course a concern,” Tzanakopoulo added, noting that Greece needs a German government in order to continue progressing with all the bailout-related questions.

Earlier on Monday, Dimitris Papadimitriou, Greece’s minister of economy, told CNBC that European leaders have recognized that something has to happen with the Greek debt.

“Even the outgoing (German) Finance Minister (Wolfgang) Schaeuble indicated that, in fact, Greece has done what it was supposed to do and more, and therefore we have to deal with the Greek debt,” Papadimitriou said.