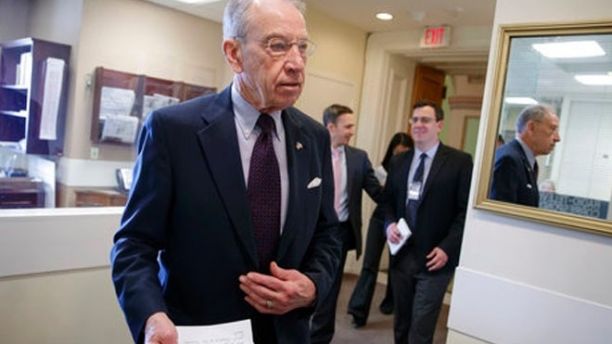 The head of the Senate Judiciary Committee is calling for a review of “potentially fraudulent statements and misrepresentations” made by a Chinese company in promoting property investments that are partly managed by the company of senior White House adviser Jared Kushner’s family.

In a letter sent to the Department of Homeland Security and Securities and Exchange Commission, Sen. Chuck Grassley (R – Iowa) asks for an investigation into the marketing claims made by Chinese firm Qiaowai Group to fellow Chinese investors of the One Journal Square project in Jersey City, N.J. The claims in question center on the promotion of the project to potential investors who seek to immigrate to the U.S. through the EB-5 investor visa program.

“As I’m sure you are aware, recent press reports indicate that Qiaowai has touted its relationship with the current administration as a guarantee that potential EB-5 investors will receive lawful permanent residence in return for a no-risk investment in One Journal Square,” Grassley wrote in his letter.

Grassley cites stories from both Reuters and the New York Times that report that Chinese investors in the One Journal Square project were guaranteed of green cards and safe investments and that “the president would make sure it came through.”

Since the Reuters and New York Times’ stories were published in the middle of May, Qiaowai has removed any mention of the green cards or other promotions from its website, but Reuters noted that during a recent One Journal Square event in Shanghai the company advertised that the project “in a real sense guarantees a permanent green card and the safety of the investment principal, and we consider it one of the best of Qiaowai’s 87 projects to date!”

Late last week it was reported that Kushner — who is married to President Trump’s daughter Ivanka — proposed in December a back channel between the Kremlin and the Trump transition team.

Kushner’s involvement in the proposed back channel was first reported by The Washington Post, which said he suggested using Russian diplomatic facilities for the discussions, apparently to make them more difficult to monitor. The newspaper cited anonymous U.S. officials who were briefed on intelligence reports on intercepted Russian communications.

Reuters has reported that Kushner had at least three previously undisclosed contacts with Russian Ambassador Sergey Kislyak last year, including two phone calls between April and November. Kushner’s attorney, Jamie Gorelick, told Reuters that Kushner “has no recollection of the calls as described.”