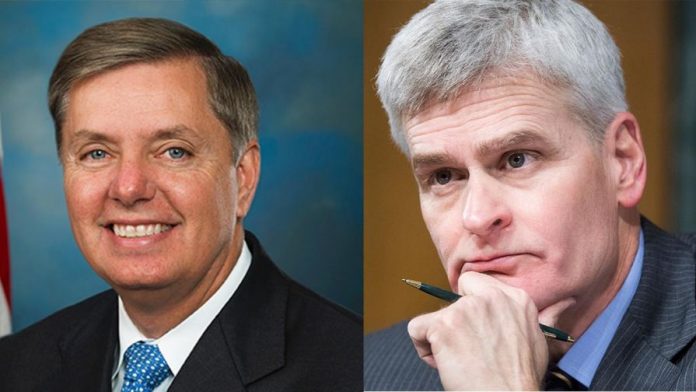 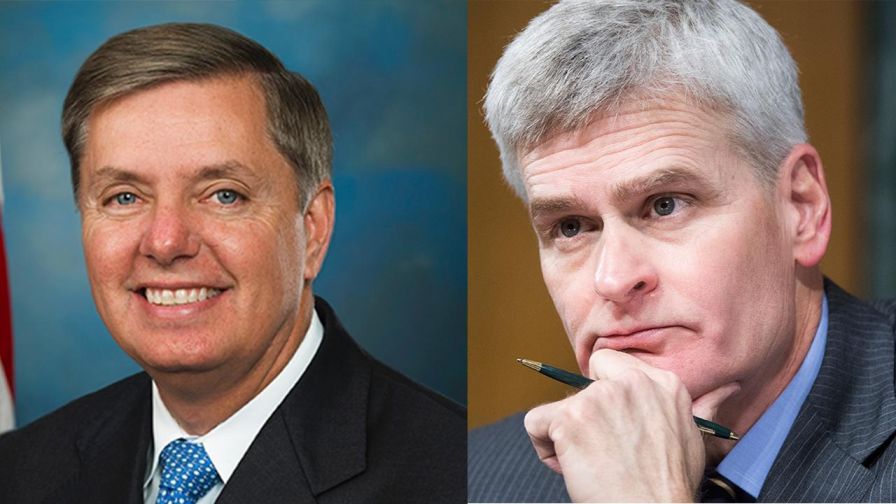 President Donald Trump continued to tout his support of Senate Republicans’ latest effort to replace the Affordable Care Act and struck back against certain criticisms of the bill.

Trump expressed his approval of the Graham-Cassidy Bill – put forth by Sens. Lindsey Graham, S.C., and Bill Cassidy, La. – in multiple tweets this week, even going so far as to publicly criticize the lone Republican senator who already opposed it.

Trump also promised Wednesday night that the bill contains a plan to include coverage for those with pre-existing conditions, an oft-repeated criticism of the bill by critics, including talk show host Jimmy Kimmel.

The legislation is largely seen as a last-ditch effort by the Republicans to make good on their years-long promise to replace ObamaCare.

Senate Republicans are scrambling ahead with the new plan since they have until September 30 to advance it using a special procedure to avoid a filibuster.

What does the legislation do?

The Graham-Cassidy legislation would implement a block grant program that gives funding to states, which would then have a wide leeway on how that money is spent.

“We’ll allow [the] states to come up with solutions to help sick people, not just some bureaucrat in Washington,” Graham told Fox News.

“We’ll eliminate the individual mandate, the heart and soul of ObamaCare, that is gone at the federal level. We take the money and send it back to the states in a block grant formula where they can administer health care,” Graham added.

Avalere also said states with a higher number of individuals in insurance affordability programs and Medicaid would face a greater impact. California would suffer the greatest loss, it said.

Where do GOP lawmakers stand?

All eyes are on three senators, in particular, who might hold up the bill.

Sen. John McCain, R-Ariz., previously said that he would “reluctantly” vote for the measure if Gov. Doug Ducey supported it – which he does. Since then, McCain is still “carefully looking” at the bill, an aide told Fox News, although he had hoped for a bipartisan fix.

Sens. Susan Collins, R-Maine, and Lisa Murkowski, R-Alaska, also voted against the previous “skinny repeal” in July which failed 51 to 49. The two women have not yet said whether they support the bill.

Sen. Rand Paul, R-Ky., is the lone Republican who already said he would vote against the bill.

The bill needs 50 votes to pass, with Vice President Pence potentially casting a tie-breaking vote. Pence said he’s “all in” for the plan.

What does the Congressional Budget Office say?

The Congressional Budget Office said it plans to release a preliminary assessment of the bill by “early next week.”

The assessment will include whether the Graham-Cassidy plan would reduce budget deficits by as much as the House plan. The CBO predicted that plan, which passed the House in May, would reduce federal deficits by approximately $119 billion over 10 years. It would also increase the number of people without insurance by 23 million in less than a decade.

The CBO said it will take “at least several weeks” for it to put together a comprehensive report on the Graham-Cassidy bill that would include its impact on the deficit and health insurance coverage.