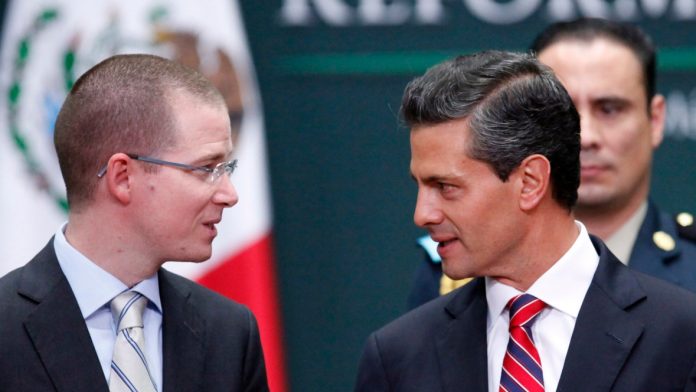 Three senior opposition officials in Mexico, including a party leader, were targeted with spying software sold to governments to fight criminals and terrorists, according to a report by researchers at the University of Toronto.

Mexican President Enrique Pena Nieto has asked the attorney general’s office to investigate charges that the government spied on private citizens, saying he wanted to get to the bottom of the accusations that he called “false.”

Last week, Citizen Lab, a group of researchers at the University of Toronto’s Munk School of Global Affairs, identified 12 activists, human rights lawyers and journalists who had also seen attempts to infect their phones with the powerful spyware.

John Scott-Railton, one of a group of researchers at Citizen Lab who have spent five years tracking the use of such spyware by governments against civilians, said Mexico’s case was notable for the number of targets and the intensity of efforts.

“What we have already provided, in our prior reporting, is strong circumstantial evidence implicating the government of Mexico,” he said.

“That the government spies, invading the privacy of people in this magnitude, is absolutely unacceptable,” Anaya said in a statement. “We will not rest until those responsible have resigned, are prosecuted and imprisoned.”

Pena Nieto’s office said in a statement that it “categorically refuses to allow any of its agencies to carry out surveillance or intervention of communications” except for fighting organized crime or national security threats, and only with court authorization.

Mexico’s government purchased about $80 million worth of spyware from NSO Group, according to a report by the New York Times last week.

The spying allegations have added to the problems facing Pena Nieto, whose popularity has waned due to rising violence and signs of widespread corruption.

Among the previous targets who Citizen Lab identified were Carmen Aristegui, a journalist who in 2014 helped reveal that Pena Nieto’s wife had acquired a house from a major government contractor, as well as lawyers representing the families of 43 students who disappeared and were apparently massacred in 2014.

At least nine of the people who were targeted filed charges with authorities on June 19. On June 22, Pena Nieto promised a thorough investigation and insisted that Mexico was a democracy that tolerated critical voices.

The president’s office said in its latest statement that any new allegations would be added to the current investigation.