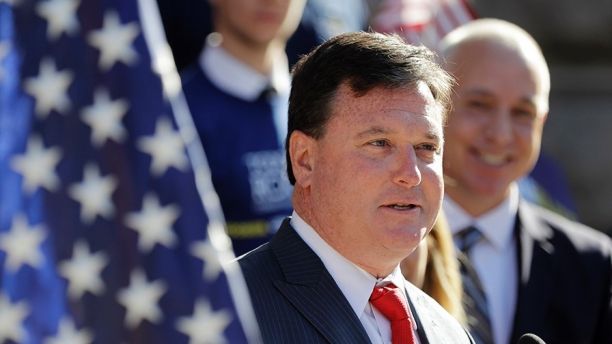 Republican Congressman Todd Rokita is calling on the House of Representatives to condemn anti-Semitic Nation of Islam leader Louis Farrakhan, putting pressure on several House Democrats who have had ties to him.

Rokita, of Indiana, introduced a resolution Tuesday condemning Farrakhan for “promoting ideas that create animosity and anger” toward Jewish Americans and the Jewish religion, and condemning “all manifestations of expressions of racism, anti-Semitism, and ethnic or religious intolerance.”

Rokita’s resolution comes just weeks after Farrakhan gave a speech saying “White folks are going down. And Satan is going down. And Farrakhan, by God’s grace, has pulled the cover off of that Satanic Jew and I’m here to say your time is up, your world is through.”

“There is no place in our civil discourse for this clear anti-Semitism and hate for another group of human beings,” Rokita said in a statement. “I urge my House colleagues to join me in condemning Louis Farrakhan’s hateful and anti-Semitic attacks, while also reaffirming our nation’s commitment to our Jewish neighbors and our greatest ally, the nation of Israel.”

However more recently Ellison has attempted to distance himself from Farrakhan, especially during his run for DNC chair in 2016, writing an op-ed for The Washington Post, painting his relationship with Farrakhan as limited to the 1995 march.

Farrakhan then slammed Ellison, posting a video to Facebook saying Ellison and Carson visited him in 2015.

The Congressional Black Caucus also has been tied to Farrakhan in recent months—especially with the surfacing of a photo taken in 2005, with then-Sen. Barack Obama, D-Ill., smiling alongside him. A Final Call photographer, according to the Daily Caller, said he kept the photo hidden for 13 years at the request of the Congressional Black Caucus in order to protect Obama’s political career.

Last week, the Republican Jewish Coalition called on seven Congressional Black Caucus members to resign amid their support for Farrakhan.

The members called on to resign were the subject of a story in The Daily Caller, which reported a review of videos, photographs and other documents revealed the lawmakers have had ties to Farrakhan. They are Ellison, Reps. Maxine Waters of California, Danny Davis of Illinois, Al Green of Texas, Barbara Lee of California, Andre Carson of Indiana, and Gregory Meeks of New York. 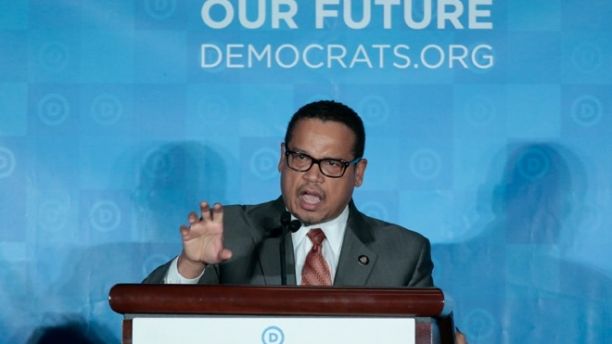 Last month Davis defended Farrakhan as an “outstanding human being.”

Farrakhan’s past extreme comments include praise for Adolf Hitler as a “very great man,” blaming Jews for the 9/11 attacks, and saying white people “deserve to die.”

Rokita’s resolution is similar to one passed in 1994—when Democrats controlled the House. The resolution condemned a leader of the Nation of Islam, and passed with support from House Democratic Leader Nancy Pelosi, D-Calif.

There has not yet been a vote scheduled on the resolution, but Rokita’s office told Fox News that there has been interest from some Democrats to co-sponsor the measure once it is introduced. Rokita’s office is hoping for bipartisan support.