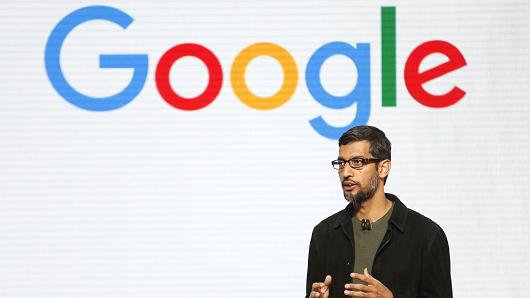 Google CEO Sundar Pichai takes the stage during the presentation of new Google hardware in San Francisco on Oct. 4, 2016.

As Google gears up for the move to voice-powered devices, the company is tweaking its search engine to give users the best answer quickly, even if it’s not exactly sure what they’re asking.

Google said on Wednesday that it’s rolling out a new format for “featured snippets” that will try to answer multiple different interpretations of a vague search query. Featured snippets are the boxed results that Google puts at the top of the page, based on an algorithmic determination of the best answer to a query. Try searching “is glitter biodegradable” or “chocolate healthy” to see what featured snippets look like.

While the new snippets technology is first coming to mobile searches, the long-term push is into voice.

When a person asks the Google Home smart speaker a question, the Assistant pulls an answer from featured snippets or its Knowledge Graph (a database of facts that Google has built from trusted sources like Wikipedia). In going up against Amazon’s Echo and Apple’s HomePod, answers need to be more precise because a person doesn’t have a list of blue links to select.

“Obviously voice is a very important surface for us,” said Emily Moxley, the director of product management for featured snippets, in an interview. “It’s the reason why we’re doubling down on making sure that we’re providing high-quality, authoritative answers from Knowledge Graph as well as featured snippets.”

Google’s new “multi-faceted snippets” will provide several actionable answers to a broad query. A search for “garden needs full sun?” will lead to two different answers, one for “What garden plants need full sun?” and another for “What counts as full sun?”

Google is putting its heavy investment in natural language processing and machine learning into action.

“This was something that we spotted as an opportunity early on as we were developing featured snippets, but we only now have the technology to actually be able to do address those sorts of questions,” said Moxley. “The actual ability to take a specific query, understand that there are specific sub-topics that a user might be interested in, and then find high-enough quality passages that help the user understand those topics is new.”