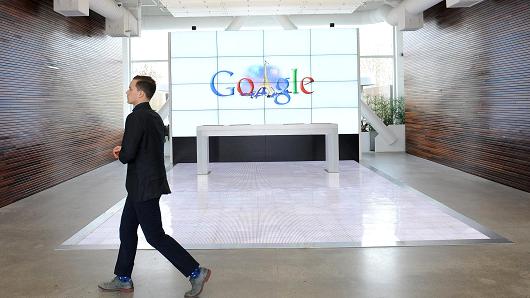 The Google logo features the Eiffel Tower on the Google campus in Mountain View, CA.

Latinos are better represented at Google compared with a year ago, according to the company’s latest diversity report. And more women hold technical roles.

But not by a lot. Google remains mostly white, Asian, and male, and that hasn’t budged much in the last year.

Here’s the breakdown of how things changed in 2016.

More From Recode:
More manufacturing jobs came back to the US than left last year
Read Mark Zuckerberg’s full commencement address at Harvard
Mark Zuckerberg called on Harvard’s graduates to help save the environment and cure all disease

However, Asians are underrepresented in leadership at Google. In 2016, only 27 percent of Asians held leadership roles, but that’s two percent more than in 2015. Whites were disproportionately represented at 68 percent.

CNBC’s parent NBCUniversal is an investor in Recode’s parent Vox, and the companies have a content-sharing arrangement.