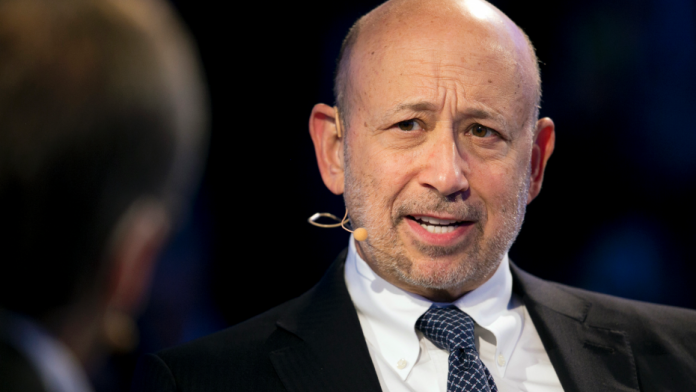 NEW YORK –  Goldman Sachs Chief Executive Officer Lloyd Blankfein has started plans to retire and could do so as soon as the end of this year, The Wall Street Journal reported Friday.

However, Blankfein distanced himself from the Journal’s story, joking on Twitter, “I feel like Huck Finn listening to his own eulogy.”

Blankfein, 63, has run Goldman since 2006, and ran the New York firm through the housing market bubble and subsequent financial crisis. The firm also became a target of intense populist anger during the Great Recession. It emerged from the crisis transformed, focusing less on risky trading and is now exploring new businesses like consumer loans.

The two people considered as candidates to replace Blankfein are Harvey Schwartz and David Solomon, who share the position as chief operating officer, the Journal said, citing undisclosed sources. Both Schwartz and Solomon have been considered successors to Blankfein in the past in reports.

Discussions on whether Blankfein would step down heated up a few years ago when he was diagnosed with lymphoma. He successfully underwent radiation and chemotherapy and has publicly said he considers himself cured.

Gary Cohn, who previously was Goldman’s chief operating officer, left last year to become chief economic adviser to President Donald Trump. He was considered at the time as the most likely successor to Blankfein. However, the Journal reported that Goldman is not looking beyond Schwartz or Solomon.

Cohn resigned his position at the White House earlier this week and is not expected to return to Goldman.

Blankfein is one of only a couple big Wall Street CEOs who ran their firms before the financial crisis and still are at the helms today. Bank of America, Citigroup, Morgan Stanley and Wells Fargo have all replaced their CEOs over the years. All who remain are Blankfein and Jamie Dimon, CEO of JPMorgan Chase & Co.

Blankfein in his later years has become more outspoken about his views. He has been a vocal critic of the Trump administration on immigration and diversity issues and typically uses his own Twitter account to weigh in on public issues. Along with his Mark Twain reference, Blankfein said on Twitter about the reports, “It’s @WSJ’s announcement … not mine.”

A Goldman Sachs Group Inc. spokesman declined to comment on the report.