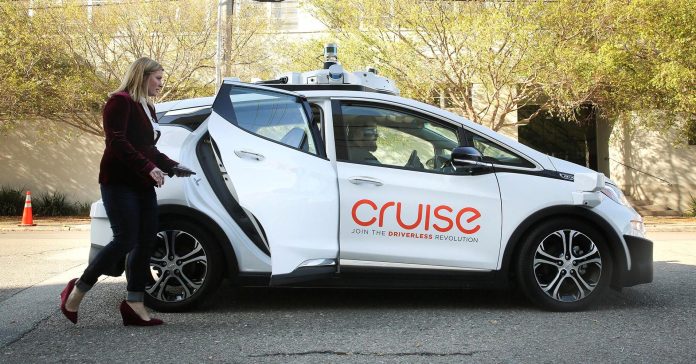 General Motors wants to create and cash in on operating a ride-hailing business featuring its self-driving vehicles.

“This business is potentially bigger than our current core business,” GM CFO Chuck Stevens told analysts as the company unveiled its strategy for autonomous-drive vehicles.

In short, GM thinks it can make billions of dollars building and operating a fleet of self-driving cars, taking on Uber, Lyft, taxis and other competitors in the rapidly growing ride-hailing business.

Why are GM executives so confident they can make big money in a business where Uber, which dominates the industry, has failed to turn a profit?

It all revolves around GM’s plan to drive down costs while expanding quickly in big cities.

“The return on invested capital will be significantly higher than what we’re seeing in the core business,” said Stevens.

But the big hurdle GM has to overcome is convincing the public and investors that it can go from building and selling cars to also operating a ride-hailing company featuring thousands of self-driving vehicles.