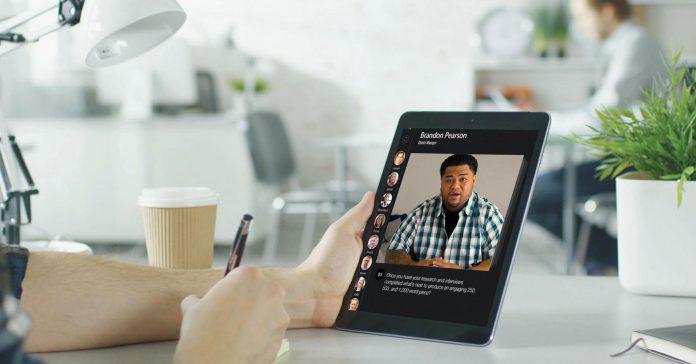 Though A.I. can speed up the process of getting the right candidate in the door, in professional industries with limited job seekers, making candidates aware of positions in the first place presents a larger hurdle. In fields such as nursing, IT, and middle management, Mya serves customers by actively reaching out to candidates already in their application system, alerting them to new opportunities. Grayevsky says the company is also in the process of launching a partnership with several job board sites in order to further widen the pool. Ultimately, his goal is to “create a scenario where candidates know to reach out to Mya for support” before starting their jobs search.

HireVue is also interested in working with companies improve their internal matching for open positions. The company already offers analysis of predictive job performance, something that the machine learning can only refine through updated data.

Parker says that they also want to help companies directly match applicants, especially recent graduates, with positions based on assessments rather than relying on traditional job listings that might miss the right candidate.

More from @Work:
AT&T’s $1 billion gambit: Retraining nearly half its workforce for jobs of the future
San Francisco is so expensive that working adults are moving into dorms
Former Google CEO says artificial intelligence won’t replace your doctor

Games or simulations to help candidates get a better sense of a job position are also gaining popularity, with 29 percent of global business leaders using some version of the technology according to Deloitte. Kurt Heikkinen, president and CEO of Montage Talent, another video interview platform, which works with a number of Fortune 500 companies, stressed the important of these kinds of highly branded, personalized experiences in an age of competitive hiring.

“Through technology candidates behave much more like consumers, they want and deserve convenience at their fingertips,” he said.

But convenience isn’t always enough. Cochran expressed concerned that, without proper follow-up, on-demand videos could turn into another “black hole” for candidates.

“I’m very focused on making sure this additional step we’re asking them to take is met with a very responsive recruiter or recruitment system,” he said.

And while Sarah felt a little thrown off by her first HireVue interview, she said she plans to go back to the same recruiter for her next job.

“Facial recognition is just everywhere. If I can just put on some makeup and that adds a couple points to my score, I’m not going to be mad about that,” she said. “I think it’s just making sure candidates are informed.”

— By Tonya Riley, special to CNBC.com