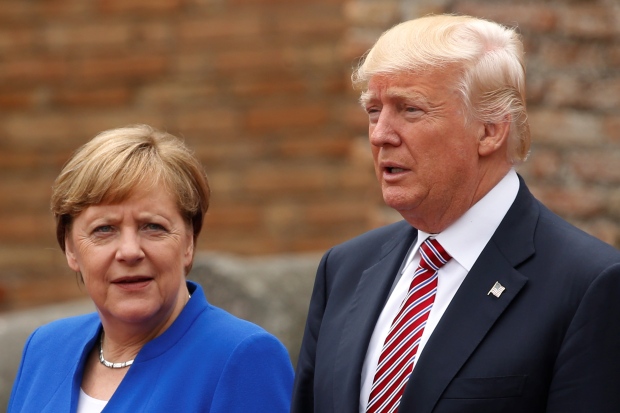 German Chancellor Angela Merkel underlined her doubts about the reliability of the United States as an ally on Monday but said she was a “convinced trans-Atlanticist,” fine-tuning her message after surprising Washington with her frankness a day earlier.

In a speech in Berlin, Merkel showed how seriously she is concerned about Washington’s dependability under President Donald Trump by repeating the message she delivered a day earlier that the days when Europe could completely count on others were “over to a certain extent.”

She made those comments, which sent shock waves through Washington, after Trump criticised major NATO allies over their military spending and refused to endorse a global climate change accord at back-to-back summits last week.

“Recent days have shown me that the times when we could rely completely on others are over to a certain extent,” Merkel said.

While she made clear Berlin and Washington would “of course” remain close partners, Merkel stuck to her language from Sunday.

“We also know that we Europeans must really take our fate into our own hands,” she added, underlining Europe’s frustration with Trump on climate change policy in particular.

The American tycoon-turned-president backed a pledge to fight protectionism at the end of a summit of the G7 group of wealthy nations on Saturday. But he refused to endorse the Paris climate pact, saying he needed more time to decide.

Merkel described the climate discussion in Sicily as “very dissatisfying.”

Trump refused to endorse the Paris climate accord at the G7 summit, following a discussion Merkel described as ‘very dissatisfying.’ (Jonathan Ernst/Reuters)

Trump’s first visit to Europe was deeply disturbing to the Germans, according to several officials.

The frustrations began in Brussels when Trump renewed his attack on Germany’s trade surplus and car exports in a private meeting with EU officials.

They grew at NATO when Trump repeated statements about members of the alliance owing vast amounts of money. His failure to voice clear support for NATO’s mutual defence doctrine, Article 5, and to evoke Russia as NATO’s prime threat also irked Berlin and other allies.

At the G7 summit, beyond policy issues, Trump’s shoving of the Montenegrin prime minister and macho handshakes with Macron deepened the scepticism.

“Trump may have listened, but what the trip showed is that he may not be capable of learning,” a second German official said.

In her Monday speech, Merkel stressed that ties with the United States were of “paramount importance,” but she otherwise stuck to the thrust of her Sunday message, when she spoke in a packed Munich beer tent. 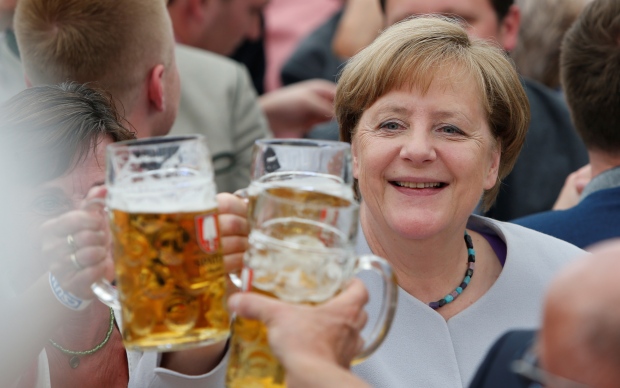 Merkel said ‘it was good not to gloss over the differences’ with Trump, speaking in a Munich beer tent, May 28. (Michaela Rehle/Reuters)

“It became clear at the G7, when there was no agreement with the USA, how long and rocky this path would be,” Merkel said at a conference on sustainable development. “I think it was good not to gloss over the differences.”

Merkel indirectly warned Trump he risked isolating the United States: “Anyone who today puts on national blinkers and no longer has eyes for the world around him is, I am convinced, ultimately out on a limb.”

Her spokesperson, Steffen Seibert, told reporters Merkel felt it was right to flag differences in Germany’s ties with the United States in order to maintain healthy relations.

“Because trans-Atlantic relations are so important to this chancellor, it is right from her viewpoint to speak out honestly about differences,” he said, stressing that the trans-Atlantic ties “are a firm pillar of our foreign and security policy.”

Stephan Mayer, an MP and spokesperson for Merkel’s CDU party, told CBC Radio’s As It Happens, “It was not only the German public and the German citizens who she addressed; she also addressed the U.S. administration.” 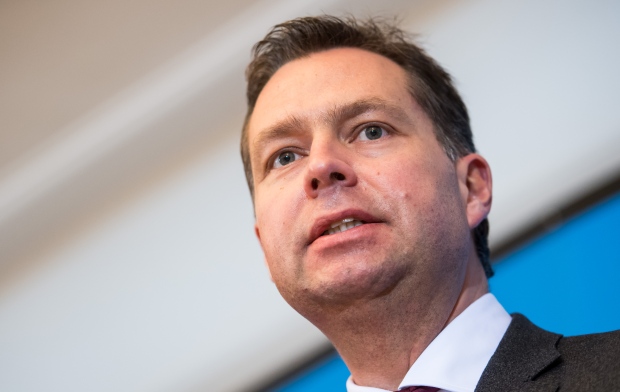 “It is very difficult to get along with the U.S. administration concerning climate policy or free-trade agreements,” Mayer said.

German Foreign Minister Sigmar Gabriel said the West had become weaker as Washington increasingly put U.S. interests first. He said Trump’s administration, for example, was unlikely to do much to tackle the causes of the migrant crisis — climate change, wars and persecution.

He referred to the “loss of the U.S. as an important nation” and said that while it was important to maintain dialogue with Washington, Europe needed to become stronger and Germany needed to be more prepared to work with its EU peers. 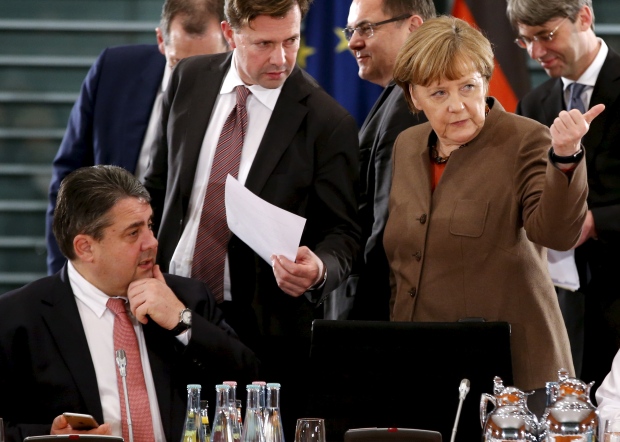 “Never before has there been so much uncertainty about the political course, and so many contradictions in the president’s statements, four months after the inauguration of a new U.S. president,” Hardt told Reuters.

“That weakens America and irritates its partners,” said Hardt, the foreign policy expert in parliament for Merkel’s party.