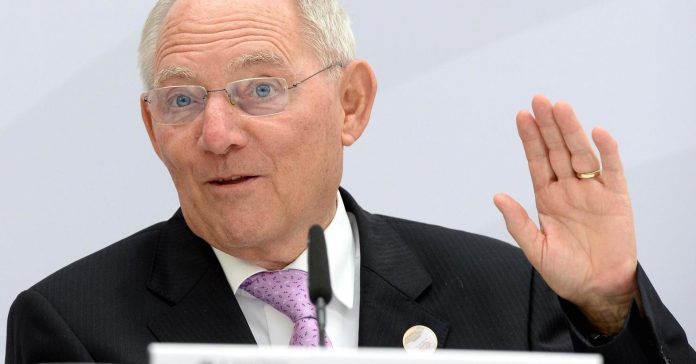 Finance Minister Wolfgang Schaeuble on Wednesday underscored Germany’s concerns about what he called a regulatory loophole after the EU cleared Italy to wind up two failed banks at a hefty cost to local taxpayers.

Schaeuble told reporters that Europe should abide by rules enacted after the 2008 collapse of U.S. financial services firm Lehman Brothers that were meant to protect taxpayers.

Existing European Union guidelines for restructuring banks aimed to ensure “what all political groups wanted: that taxpayers will never again carry the risks of banks,” he said.

Italy is transferring the good assets of the two Veneto lenders to the nation’s biggest retail bank, Intesa Sanpaolo , as part of a transaction that could cost the state up to 17 billion euros ($19 billion).

The deal, approved by the European Commission, allows Rome to solve a banking crisis on its own terms rather than under potentially tougher European rules.

Noting that closure under national insolvency laws benefited owners and investors, Schaeuble said: “We in Europe need to think about this regulatory loophole.”

Schaeuble’s spokeswoman, Friederike von Tiesenhausen, on Monday urged the European Commission to enforce rules requiring state aid to be limited to a minimum in bankruptcy cases.