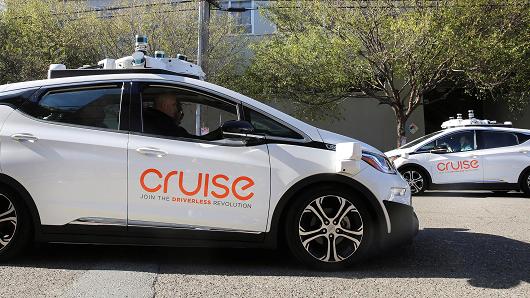 General Motors is preparing to take on Uber, Lyft and other ride-hailing companies with its own self-driving ride-hailing service by 2019.

“As we first launch autonomous and ride-sharing fleets, we believe the biggest opportunities are in the coastal areas,” General Motors CEO Mary Barra told analysts as she and other GM executives updated investors on the company’s strategy for autonomous-drive vehicles.

The automaker is already operating self-driving Chevy Bolts in San Francisco as part of a beta test run by the company’s subsidiary, Cruise Automation.

Dan Ammann, the president of GM, says the automaker is rapidly making progress on its goal of safely operating self-driving cars in complex urban environments.

“We want to demonstrate to people how much progress has been made to our overall mission, which is to deploy this technology at very large scale and the most complex environments with the right safety,” Ammann told CNBC.

In addition to ensuring that its self-driving cars can safely transport passengers to their destinations, General Motors says the key will be bringing down the cost of those rides.

GM expects the initial cost to passengers of early stage autonomous-drive ride-share vehicles in San Francisco will be roughly $1.50 per mile, 40 percent below the cost of ride-hailing services operated with a human driver.

The automaker is still developing its business plan, however, and is far from announcing the start of a ride-hailing service or how much rides in self-driving Chevy Bolts might cost.

“This technology will continually and rapidly improve once it’s launched,” Ammann told analysts.