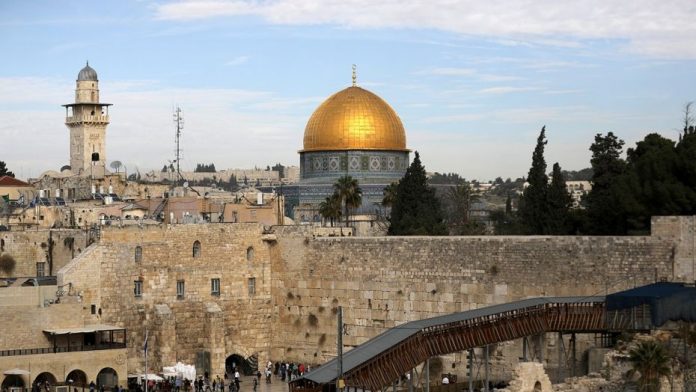 Israel could end up naming a future train station at the Western Wall after President Trump in honor of his “brave decision” to move the U.S. Embassy from Tel Aviv to Jerusalem.

“The Western Wall is the holiest place for the Jewish people, and I decided to call the train station that leads to it after President Trump following his historic and brave decision to recognize Jerusalem as the capital of the State of Israel,” Katz told the Jerusalem Post on Wednesday.

Transportation Ministry spokesman Avner Ovadia said the project is estimated to cost more than $700 million and, if approved, would take four years to complete.

Katz’s office said in a statement that the minister advanced the plan in a recent meeting with Israel Railways executives, and has fast-tracked it in the planning committees.

Trump’s announcement has enraged the Palestinians and much of the Muslim world. The United Nations General Assembly adopted a resolution last week rejecting the U.S.’s recognition of Jerusalem as Israel’s capital, with several traditional American allies voting in favor of the motion.

The Western Wall train proposal will likely face opposition from the international community, which doesn’t recognize Israeli sovereignty over east Jerusalem and the Old City, which Israel captured in the 1967 Six-Day War. The Palestinians seek east Jerusalem and the Old City, home to Muslim, Christian and Jewish holy sites, as capital of a future state.