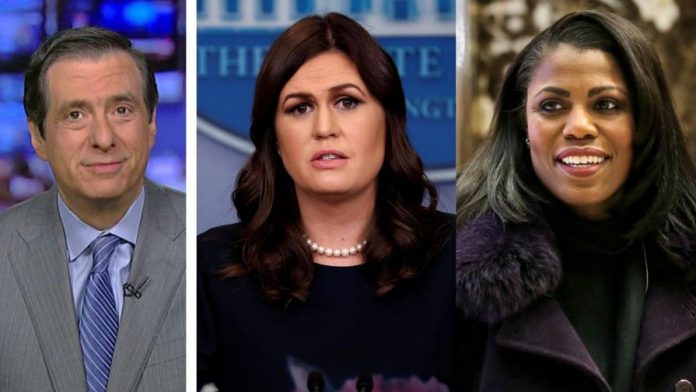 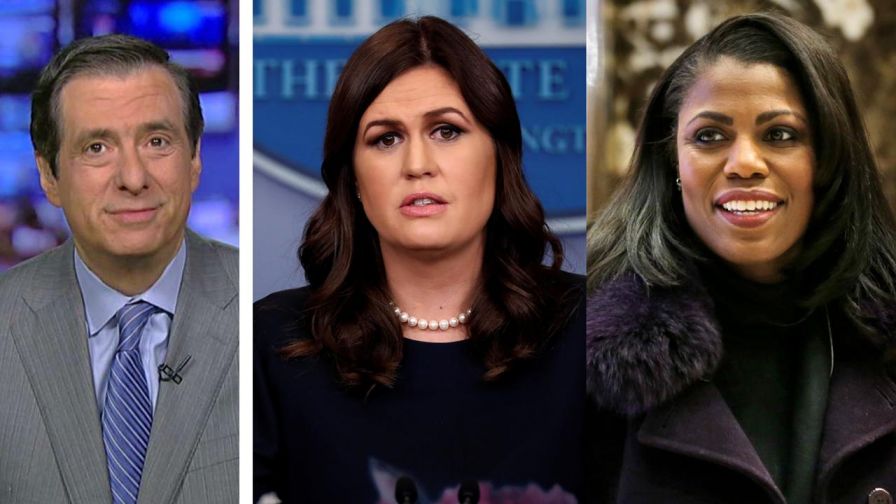 In Washington, politics is personal. And lately it’s been getting intensely personal.

Kind of like when you were in high school.

Omarosa’s departure from the White House was always going to attract an unusual degree of attention—since she was not exactly a major policymaker—because Donald Trump had fired her on “The Apprentice.” But yesterday it became about a feud.

While Omarosa Manigault insists she resigned, White House correspondent April Ryan reported that she was fired in a nasty confrontation—and was escorted off White House grounds.

Omarosa denied that on “Good Morning America,” blaming the report on “one individual who has a personal vendetta against me”—meaning Ryan.

Ryan, a CNN contributor who also works for American Urban Radio Networks, pushed back on the air, saying she was a beat reporter doing her job. “That’s what a White House correspondent does: listens to sources inside the White House and outside of the White House,” she said on CNN.

The Secret Service took the unusual step of denying any role in removing Omarosa from the White House. But several news outlets, including The New York Times, said she was hustled off the premises and was leaving after a clash with John Kelly, the chief of staff, who limited her access to Trump.

Omarosa did seem to hint at a coming book, or something, in telling Michael Strahan on “GMA” that as “the only African American woman in this White House senior staff, I have seen things that have made me uncomfortable, that have upset me and affected me deeply and emotionally and affected my people and my community.”

Over the summer, Ryan said she and Omarosa had been friends but she was “screaming at the top of her lungs” about a false rumor involving the reporter, and “I embarrassed her in front of reporters and people in that office … I made mincemeat of her.”

And that also applies to the case of the Scarboroughs vs. the Huckabees.

To recap: Kirsten Gillibrand called on Trump to resign. The president ripped her in a tweet, saying she had been begging him for campaign contributions “and would do anything for them.”

That set off a wave of media criticism, and Mika Brzezinski led the chorus. She’d had her own very personal clash with Trump, a onetime friend, when he claimed in a tweet that she was bleeding from a face lift. (Got it so far?)

So Brzezinski denounced the president on “Morning Joe” for what she described as a “reprehensible” attack on a woman. And then she turned to his press secretary, saying Sarah Huckabee Sanders should not defend her boss’s tweet (though that is sort of her job).

“Don’t lie,” Brzezinski said. “And do not defend the president of the United States for what he did. If you do … you should resign.”

That didn’t sit well with the former governor of Arkansas, who of course is Sanders’ dad.

Mike Huckabee said on Fox that “I was stunned that of all the people who are going to give a lecture on morality and family, and marriage, it’s going to be Mika?”

Huckabee defended the presidential tweet, said his daughter “deserves better from other women” and added, “Mika can go pound sand somewhere as far as I’m concerned.”

Now that brought a blast from Mika’s partner and fiancé, Joe Scarborough, who was understandably upset at the reference to their romance, which became public only when they announced their engagement.

“What a sleazy thing to do,” Morning Joe said, adding: “Mika never talked about marriage. She never lectured on the morality of any of that…What a judgmental, predictably stupid thing to do.”

There are serious issues here—about the president and women, his battle with a leading senator, the responsibility of his press secretary. But with fathers and fiances getting involved, it became, like so much inside the Beltway, brutally personal.