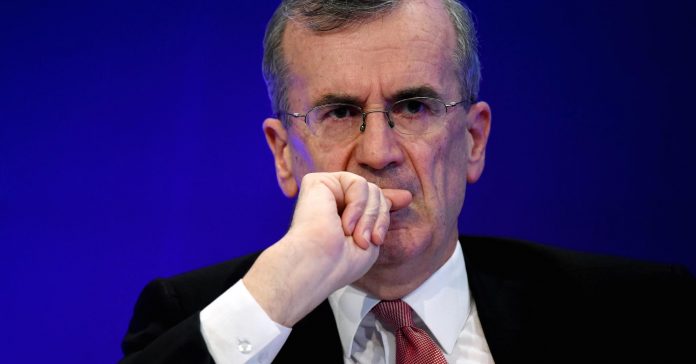 Preparations to protect the euro zone in the event of another financial crisis are not moving fast enough, the Governor of the Bank of France Francois Villeroy de Galhau told CNBC Wednesday.

Some European countries, including France, have been pushing for deeper economic ties between the 19 euro zone countries. The idea is to ensure that the economic system in the euro area is sound and the region would not be severely hit, like it was in 2011 during the sovereign debt crisis.

“Now it’s time to act and I am bit worried by the fact that at least in recent months, the debate, including in the European Council and in the Ecofin, has been stuck, if I may say, on very old clichés, like opposing risk-reduction and risk-sharing,” Villeroy de Galhau told CNBC.

The European Council is the 28 heads of state of the EU that define these laws, while the Ecofin is the finance ministers from these 28 states. The smaller euro zone — the 19 countries that share the euro — has been discussing the details of how to reform its own bloc, including plans to complete a banking union — in which banks in the region need to follow the same rules.

However, these details have proved difficult to finalize. Traditionally, countries in the north, which tend to be more fiscally prudent, oppose deepening ties with southern countries on concerns that they will jeopardize their finances. More recently, the wave of support for populist parties across the euro zone has also been a drag to completing euro zone reform.