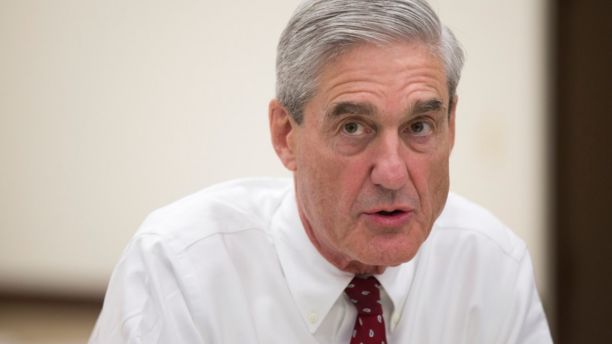 Majorities of American voters are unhappy with the current administration — as well as the former one — when it comes to Russian involvement in the 2016 presidential election.

By a 53-31 percent margin, voters disapprove of the way the Obama administration responded to cyberattacks by the Russian government.

And by a 53-37 percent margin, voters dislike how the Trump White House is handling investigations into the issue.

That’s according to a new Fox News Poll of registered voters released Wednesday.

READ THE FULL RESULTS OF THE FOX NEWS POLL.

On the issue of the Trump campaign coordinating with the Russian government, 52 percent say there was no collusion, yet 40 percent think there was.

Seventy percent of voters approve of a special counsel being appointed to investigate Russian meddling, even as only 33 percent feel confident Robert Mueller will treat Trump fairly.  Fewer still, 28 percent, are confident U.S. intelligence agencies can stop Russia or others from hacking into the country’s election systems.

President Trump’s ratings hold steady, despite the ongoing investigations.  Currently, 47 percent have a favorable opinion of Trump.  That matches his previous record high set in December — and is nine points higher than when he was elected (38 percent).

Forty-eight percent think the United States and its allies are winning the war on terrorism, up from 44 percent a year ago.

Trump gets positive job ratings for his handling of terrorism (48-45 percent) and the economy (48-43 percent).

Has the Trump administration been “competent and effective” in managing the federal government?  Over half, 52 percent, say no.  That might sting less for the White House knowing this:  53 percent said the Obama administration was incompetent in May 2015.  And that was down from a high of 59 percent incompetent in October 2014. 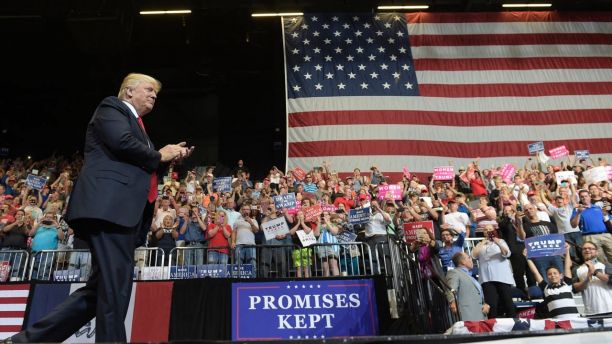 Some 44 percent think the Trump administration has been competent.

When asked who they would rather have as president, it’s a tight race between Trump and Vice President Mike Pence:  44 percent Trump vs. 37 percent Pence.  Republicans pick Trump (70-23 percent), while Democrats choose Pence (49-22 percent).

It’s a long time before any voting, but the poll shows Democrats with a six-point edge in the Congressional ballot test:  47 percent would back the Democratic candidate in their district vs. 41 percent the Republican candidate.

How does Trump play into that?  Twenty-eight percent say expressing opposition to Trump will be a reason for their vote for Congress, while 18 percent say their vote will be to express support for the president.  Half say he won’t be a factor in their vote (50 percent).

The number of Democrats (52 percent) saying their vote is to show opposition to Trump is larger than the number of Republicans (38 percent) voting to express support for him.

Voters prioritize current investigations over previous ones.  For example, more think it’s “extremely” important to keep probing Russian hacking (35 percent) or coordination between the Trump campaign and Russia (31 percent) than Hillary Clinton’s use of a private email server (26 percent). 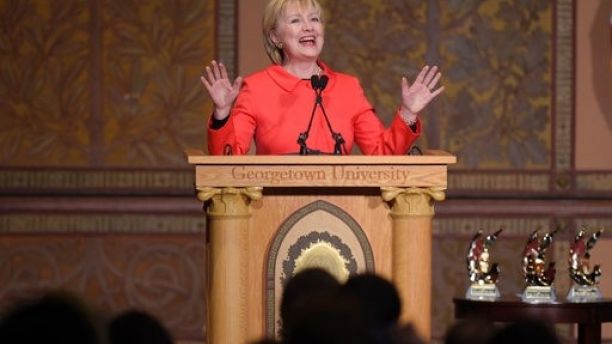 Former Secretary of State Hillary Clinton speaks at Georgetown University in Washington, Friday, March 31, 2017, on the important role that women can play in international politics and peace building efforts.

And more think Trump’s firing of FBI Director James Comey (33 percent) is “extremely” important to investigate than say the same of President Obama’s Attorney General Loretta Lynch telling Comey not to call his investigation into Clinton’s emails an investigation (25 percent).

Some 23 percent feel it’s extremely important to continue looking into the Obama administration’s handling of the Benghazi terrorist attacks.

The Fox News poll is based on landline and cellphone interviews with 1,017 randomly chosen registered voters nationwide and was conducted under the joint direction of Anderson Robbins Research (D) and Shaw & Company Research (R) from June 25-27, 2017.  The poll has a margin of sampling error of plus or minus three percentage points for all registered voters.