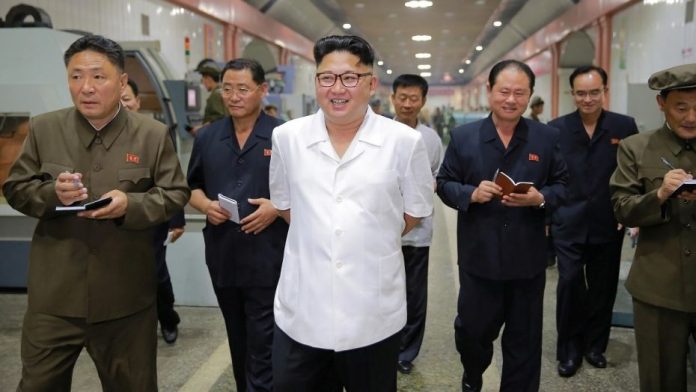 -The number that sees rogue nations like North Korea as the greatest threat to the U.S. has nearly tripled in less than a year.

-Worries about a nuclear attack on the U.S. have jumped dramatically.

-The perceived danger posed by terrorist groups has dropped significantly.

Here are more details on the poll, released Thursday:

The largest number of voters, 33 percent, says rogue nations like North Korea and Iran pose the biggest threat to national security.  That’s nearly three times as many who felt that way in January (12 percent).  At that time, a majority said the greatest threat was terrorist groups like ISIS.  But the number picking terrorist groups as the greatest threat has dropped by nearly half: from 51 percent to 27 percent today. 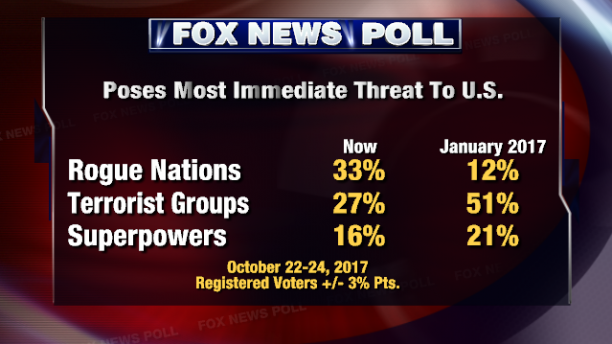 Since January, North Korea has conducted nearly 40 missile tests or launches and fired off a long-range missile, while President Trump and North Korean leader Kim Jong Un have traded insults. At the same time, Trump has threatened to withdraw the U.S. from the Iran nuclear agreement, while major progress was made in defeating the terrorist group ISIS in Raqqa.

Opinion has also shifted on which type of attack poses the most immediate threat to the country’s security.  Today, 38 percent say cyberattacks, 26 percent terrorist attacks, and 17 percent nuclear attacks.  The number citing cyberattacks is up 3 points since January, and those pointing to nuclear attacks increased by 7 points.  But the percentage saying terrorist attacks dropped 17 points. 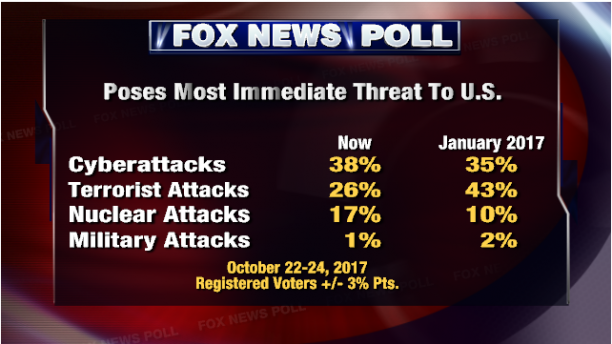 Meanwhile, when asked which poses a bigger threat here in the United States, 53 percent of voters say a shooting by an American citizen, while 27 percent say a terrorist attack by an Islamic terrorist. 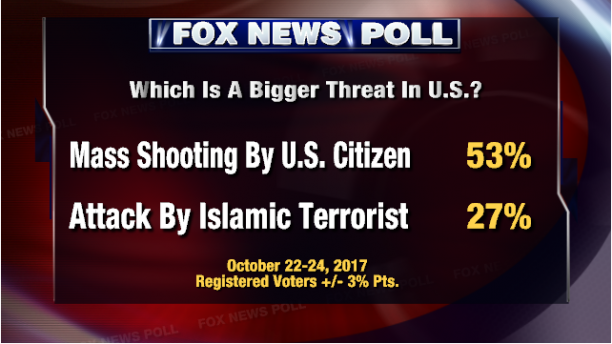 An October 1 mass shooting in Las Vegas that left nearly 500 people injured and 58 dead happened at the hands of an American citizen whose motive is yet unknown.  There have been no confirmed ISIS-inspired attacks in the United States this year.

By a 23-point margin, voters give the Trump administration negative ratings for its response to the Las Vegas shooting:  34 percent excellent/good vs. 57 percent fair/poor. 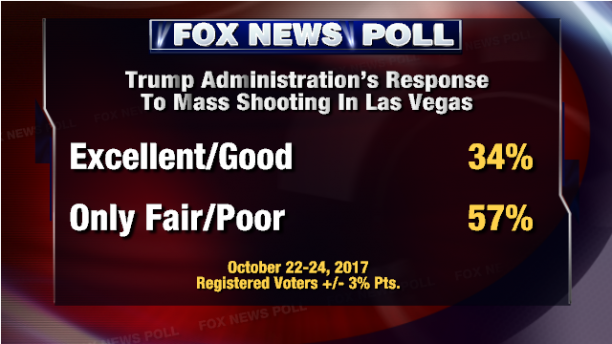 The Fox News poll is based on landline and cellphone interviews with 1,005 randomly chosen registered voters nationwide and was conducted under the joint direction of Anderson Robbins Research (D) and Shaw & Company Research (R) from October 22-24, 2017.  The poll has a margin of sampling error of plus or minus three percentage points for all registered voters.