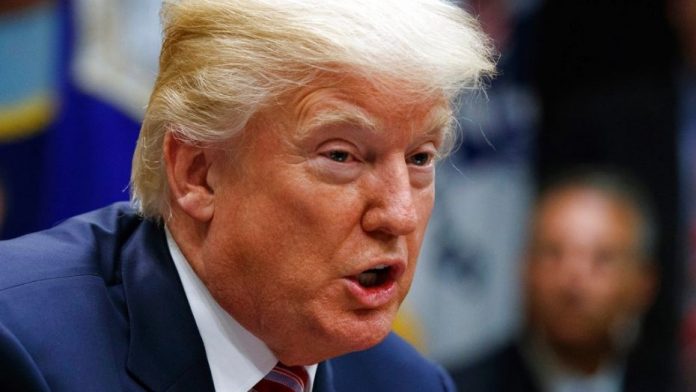 President Donald Trump addressed a range of topics in a media interview Thursday. The president is pictured at the White House, Oct. 31, 2017.

·        Trump rails against North Korea and China, expects Mueller to be ‘fair.’

THE LEAD STORY: President Donald Trump railed against “nuclear menace” North Korea and fumed at the reports China illegally delivered oil to the Hermit Kingdom, exclaiming “That wasn’t my deal!” during a wide-ranging interview Thursday with the New York Times. Trump also spoke about special counsel Robert Mueller’s Russia probe, saying he believed he was “going to be treated fairly” by Mueller and ultimately be vindicated.

·        Trump’s infrastructure overhaul to be detailed next month

DREXEL DEPARTURE: A far-left Drexel University professor — known for making inflammatory remarks on social media — is resigning from his teaching job, blaming a right-wing “internet mob” for alleged “harassment.” George Ciccariello-Maher, an associate professor of politics and global studies at the Philadelphia school, will be leaving next year, he said Thursday. He blamed “right-wing, white supremacist media outlets and internet mobs” that allegedly harassed him for nearly a year.

MORE ANGUISH FOR ABEDIN: A first cousin of Huma Abedin, a former aide to presidential candidate Hillary Clinton and soon to be ex-wife of disgraced former U.S. Rep. Anthony Weiner, was convicted Tuesday in a fraud case involving fake emails. Omar Amanat, 44, and his colleague Kaleil Tuzman face more than a decade in prison after a jury in New York City found the pair guilty of cooking the books and defrauding shareholders of the technology company Kit Digital between 2010 and 2012. Amanat’s brother, Irfan Amana, was also arrested in the United Arab Emirates and faces charges of fraud with the same tech firm, the New York Post reported.

DEADLY FIRE IN NEW YORK: At least 12 people were killed and others injured after a massive fire broke out in a New York City apartment building, Mayor Bill de Blasio said at a news conference Thursday night. “Tonight here in the Bronx, families have been torn apart,” de Blasio told reporters. The mayor called the event the “worst fire tragedy we have seen in this city.” More than 160 firefighters were on the scene of the four-alarm fire, located at a five-story walk-up apartment house in the Bronx, just a block from the borough’s famed zoo.

TRUMP’S NEW RULES: “We do believe there are many things that happened that night, that if one of those things didn’t happen, Aaron might be alive today.” – Gold Star father Billy Vaughn, praising President Trump’s efforts to change Obama-era rules of engagement in the war against ISIS, on “The Ingraham Angle.”  WATCH

MAKE IT MERIT-BASED: America “absolutely need[s] to clamp down on our method of immigration. … We need to overhaul our program so it is based on merit.” – Dr. Zuhdi Jasser, president of the American Islamic Forum, on “Your World with Neil Cavuto.”  WATCH

The worst business blunders of 2017

Daniel Henninger: There were two Trump presidencies in 2017.

Rose Marie, who starred on “The Dick Van Dyke Show, dead at 94.

Drew Barrymore is not ‘hungry” for love anymore.

Amanda Bynes teases a return to acting in 2018.

Dana Perino talks with Chris Wallace, host of “FOX News Sunday,” about the state of journalism and how President Trump has changed the way the media covers presidents.

New Year’s Eve celebrations will take place across the country on Sunday.

1890: The Wounded Knee massacre took place in South Dakota as an estimated 300 Sioux Indians were killed by U.S. troops sent to disarm them.

Thank you for joining us on Fox News First! Enjoy your Friday and New Year’s weekend! We’ll see you in your inbox first thing Tuesday morning.